In the first half of the twentieth century, especially after the calamity of the Great Depression, the conventional wisdom held that the power of corporations must be held in check by other comparably sized organizations—churches, unions, and, above all, a strong national government. But in the decades that followed, a new generation of economists argued that tweaks to how companies operated—more hostile takeovers, more reliance on corporate debt, bigger bonuses for executives when stock prices increased—would enable the market to regulate itself, obviating the need for stringent government oversight. Their suggestions soon became reality, especially in a newly deregulated financial sector, where they precipitated the emergence of junk bonds and other questionable innovations. – Foreign Affairs

The much-discussed “death of the snob” in the internet era explains part of the shift on display. Even though some High Fidelity–style shops catering to vinyl collectors have survived the extinction of big-box retailers, streaming and downloads have chipped away at the super-listener’s pretexts for arrogance: special knowledge (entire discographies are now explorable with a click), special access (few B sides can hide from Google), and curatorial chops (algorithms can DJ your life). – The Atlantic

“I was surprised by the effect it had on me. I’d assumed that my skepticism and media literacy would inoculate me against such distortions. But I soon found myself reflexively questioning every headline. It wasn’t that I believed Trump and his boosters were telling the truth. It was that, in this state of heightened suspicion, truth itself—about Ukraine, impeachment, or anything else—felt more and more difficult to locate. With each swipe, the notion of observable reality drifted further out of reach.” – The Atlantic 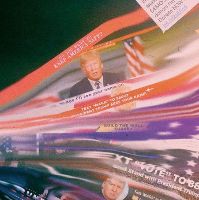