What the library tells you is not that there is that much to read, but that there are no limits as to how much there is to know. The essence of the library is its limitlessness. The more time you spend in it, the more you realize that no time could ever be enough; no matter how hard you strive, you will never know it all. The revelation of your finitude comes with embarrassing pain. And when you have realized that you cannot live without that pain, your perverse relationship with the library has reached its climax. – Los Angeles Review of Books

The government of the independence-minded Spanish region gave €3 million in subsidies to media companies connected to the New History Institute (INH) and paid €184,000 for the rights to six INH documentaries — films arguing that Cervantes and Shakespeare were a single individual who wrote in Catalan (and that the Spanish Inquisition suppressed his true identity), that Leonardo da Vinci was Catalan, and that not only was Christopher Columbus Catalan but Erasmus of Rotterdam was his illegitimate son. – The Guardian

“Four North American museums” — the National Gallery of Canada, Seattle Art Museum, Kimbell Art Museum in Fort Worth, and National Gallery of Art in Washington, DC — “have canceled plans to host a major touring exhibition of masterworks from Liechtenstein’s princely collections out of apparent concern over the royal family’s wartime … use of forced labour.” – The Art Newspaper

“Alas, few of us were fortunate enough to witness this production. Friday night, the Ballet announced that all further performances of this “Midsummer” run have been canceled because city officials ordered that the Opera House and other venues be closed as a precaution amid the coronavirus crisis. If I do get the virus (not to suggest there were suspicions of contagion at Friday’s engagement), I’d almost say the performance I saw would be worth it.” – San Francisco Chronicle

In Poland and other countries ruled by nationalist governments, far-right political parties are increasingly attempting to twist history to fit into their own narratives. And they’re going after cultural and educational institutions to do it. When the past doesn’t fit these governments’ political purposes, it has no place being remembered.  – HuffPost

In the span of a single decade, we basically let a computer-centric mindset around planned obsolescence threaten to ruin the long-term usability of entire categories of products unnecessarily. – Vice

“[He] appeared in the children’s chorus for the 1926 American premiere of Puccini’s uncompleted Turandot, conducted his own ending to the work some nine decades later, and in between had one of the longest careers as a maestro in modern times” — including founding a company (Opera Tampa) and conducting the premieres of several noted American operas, among them his own Sacco and Vanzetti. (And yes, he is part of the moviemaking family.) – The New York Times

In a vivid example of the ad hoc and highly inconsistent way arts organizations are dealing with the spread of the potentially deadly coronavirus, the Seattle Symphony is operating as usual and played to large audiences over the weekend. Meanwhile, the San Francisco Symphony canceled all performances this week and next. – Los Angeles Times

“‘Out of an abundance of caution, the New World Symphony felt it was prudent for Cristian Măcelaru not to conduct the concert [Saturday] night after learning of his recent travels to Japan which is designated at level two re the coronavirus by the CDC,’ the orchestra, said in a statement released by a spokeswoman.” This despite the fact that Măcelaru is not ill and has tested negative for the virus. – South Florida Classical Review

“For much of his career, Mr. Crowley was overshadowed by gay playwrights such as Larry Kramer … and Tony Kushner. … But his 1968 examination of gay identity, repression and self-loathing was a milestone for artists and other theatergoers who recognized themselves as one of The Boys in the Band, even if some of the play’s acid-tongued dialogue would come to seem dated.” – The Washington Post

Devastated by having to call off this year’s event due to the coronavirus epidemic — as it turns out, cancellation due to infectious disease is not covered by the festival’s insurance policies — SXSW LLC doesn’t even know yet how much money it will lose and has laid off a third of its staff. – Austin American-Statesman

“On Monday, the group announced that after careful consideration of news reports and advice from health experts, it has decided not embark next week on a tour slated to include concerts in Austria, France, and Abu Dhabi in the United Arab Emirates.” – The Plain Dealer (Cleveland)

“Four security guards employed at Dresden’s Royal Palace are under investigation over their alleged involvement in a huge theft of 18th-century jewellery, according to German prosecutors. Investigators have long suspected that the heist, the biggest since the Second World War, was carried out with accomplices working inside the museum.” – The Guardian

Widely hailed as one of the finest actors of his generation, Mr. von Sydow became an elder pop culture star in his later years, appearing in a “Star Wars” movie in 2015 as well as in the sixth season of the HBO fantasy-adventure series “Game of Thrones.”He even lent his deep, rich voice to “The Simpsons.” – The New York Times

I am certain Beethoven was a funny guy. The evidence, the jokes are all over the music. – Bruce Brubaker

There’s a lot of plastic in the ocean – and a lot of demand for the nonprofit group Washed Ashore’s large-scale art, including at the Oregon Zoo, the Florida Aquarium, and the Oakland Zoo. The collective has taken “26 tons of garbage, all debris that washed up on the Oregon coast (the majority within 100 miles of Bandon), and built 70 large-scale sculptures and counting, including Octavia the Octopus, Edward the Leatherback Turtle and Daisy the Polar Bear.” – The New York Times 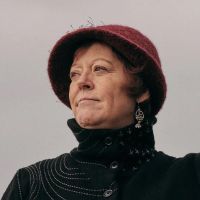