“It is sometimes suggested that in time the worry that the internet is making us forgetful will sound as silly as early fears that books would do the same. But the internet is not an incremental step in the progression of written culture, it is revolutionising the way we consume information.”

“The digital format makes it possible to distribute raw data about specimen anatomy around the world in an instant, with the potential to throw the datasets wide open, allowing direct assessments of repeatability and compilation into ‘super-datasets’ from which everyone works. Such a systemic change could transform the entire study of human origins and evolutionary biology writ large.”

“We’re not setting out to create an exotic cultural safari. It’s a fine line and a challenge … We are not going to disrespect the community by putting them on show, but we do want to remind people of the extraordinary diversity that is here on our streets.”

“A handful of magazines saw the potential of the CD-ROM and saw dollar signs. Problem was, this was an idea without an audience at first, and there was no clue if creating multimedia content in lieu of a mag would actually work. (It didn’t.) Today’s Tedium into the world of the magazine-on-disc – the publishing world’s bizarre, noble experiment in multimedia.”

“Where once a musical running one or two years would have been a great success, that achievement has now been devalued. The 1989 production of Andrew Lloyd Webber’s Aspects of Love was the first time I heard the expression ‘West End failure’ applied to a show that had, in fact, run a very credible 1,325 performances but was being compared to Lloyd Webber’s previous musical, The Phantom of the Opera.”

Some suggest our digital privacy and anti-spam laws might be the cause, while others suggest that maybe we’re just smarter than Americans who don’t want to be upstaged by “moose-munching iceholes.”

“There’s this assumption that there’s money in pop. No – my contemporary art music funds my burgeoning middle-aged pop sensation career! … It’s made me realise how much support and infrastructure there is for classical music.”

“Robert Battle grew up in one of Miami’s poorest neighborhoods wearing metal braces on his legs but dreaming of dance. Thirty years later, he runs the renowned Alvin Ailey American Dance Theater – the very company that inspired him as a child. Battle joins Jeffrey Brown to discuss how dance can transform lives and his vision for the company’s future.”

“Some publishers and authors have lost confidence in Hong Kong’s autonomy and left the territory. Others, like Bao Pu, the founder of the New Century Press, had little confidence to lose.”

“Although the public owns the art, about 80% is in storage, on the walls of council offices, fire stations hospitals and other civic buildings, or in the Palace of Westminster, where portraits line the walls of the Speaker’s magnificent reception rooms where the project was launched.”

“For all the wrenching changes in trade publishing in the past decades, I know that my colleagues and I pretty much go about the thing in a fashion very similar to the way the editors I watched and learned from were doing it in the ’70s, and they were doing in a fashion very similar to the editors they learned from. Sometimes I think we’re like blacksmiths or bespoke cobblers — how many ways are there, really, to shoe a horse or a human?”

“One reason is because the streaming service doesn’t want to reveal proprietary information about its products. But another is that Netflix simply doesn’t care about ratings—at least not in the way other television providers do.”

At a time when the price of a degree from elite institutions is well over six figures, fields such as literature and the arts may seem like a luxury item. But we may have it backwards. They are, to cite Hemingway’s title for his Paris memoir, “a moveable feast,” and they offer us a kind of reach into time and space that we can find nowhere else.

“I and others who have risked critiquing Hamilton in public forums have often been dismissed or denigrated for doing so. Hamilton has received rave reviews almost categorically. I agree with much of this praise; the book, the score, the choreography, the direction, the lighting: it’s all genius artistry. I also yield that a Broadway production that puts so many performers of color to work does constitute a victory. This should be celebrated, but this is not enough.”

“Estimates for the total amount Hollywood spends on Oscar campaigns range from $100m right up to $500m in a single year. It’s not the kind of figure studio bosses like to talk about. But the film producer and blogger Stephen Follows has crunched anonymous data provided by some of his industry colleagues.”

“Now some prominent scientists are arguing that, though the impulse was well-intentioned, decades of knee-jerk avoidance of all things anthropomorphic may have mostly served to hold this field back.” Says one researcher, “It’s ruined the field. It prevented people from even asking those questions for about 40 years.”

The piece, just authenticated by a musicologist from Berkeley, shares a title and one aria with one of the composer’s better-known Italian works for solo soprano. The work’s other three arias are entirely different.

He worked at the company for 23 years, from its first season, 1957, until 1980, conducting music from Mozart to Rossini to Stravinsky to Douglas Moore.

“The London Symphony Orchestra announced today that as of the 2016-17 season, [Gianandrea] Noseda will become one of its two principal guest conductors – a full year before he officially takes over as music director of the National Symphony Orchestra.”

One of the best arts conferences I attend each year is only steps away from my office door. This is convenient, and also completely awesome. TheEmerging Arts Leaders Symposium, which will be held … read more

What Texas City is a National Cultural Showcase?

For the past decade I have enjoyed the privilege of regularly collaborating in “Dvorak and America” festivals with Kevin Deas, one of the supreme African-American concert artists of our day. … read more

Change the world, one hero at a time

From dude to dodo is a trick of vowels and imagination. Maybe, if we’re tired of seeing men dominate our stages, we need to exercise our imaginations, especially when it comes to casting. … read more

Last year, while he was chair and curator of modern and contemporary art at the Art Institute of Chicago, the museum’s new director, James Rondeau, made a Faustian bargain that could come back to haunt him.  … read more

“The reorganized company, which began its first, abbreviated season last month with a consciously old-fashioned production of Puccini’s Tosca as a nod to the first work City Opera performed in 1944, chose [Daniel Catán’s Florencia en las Amazonas] and two other contemporary pieces to round out the season.” 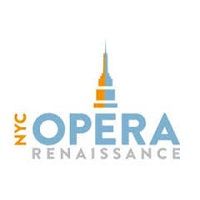