Finally, A Botticelli Exhibition in the U.S.
The Muscarelle Museum of Art at the College of William and Mary, in Williamsburg, Va., has pulled off another noteworthy show, again eliciting important loans from Italy that other, larger museums would covet. … read more
AJBlog: Real Clear Arts Published 2017-02-16

Propwatch: the dummy in The Pitchfork Disney
Philip Ridley is that rare writer whose work alternately snares decadent adult and innocent child. PG to certificate 18 with nothing in between. … read more
AJBlog: Performance Monkey Published 2017-02-16

Salves for Trump Bumps: Getty’s Direct Salvo vs. MoMA’s Discreet Indirection
One of the two major museum stories that broke while I was [away] involved the Museum of Modern Art’s decision to respond to the Trump travel ban … read more
AJBlog: CultureGrrl Published 2017-02-16

“Like many composers, I owe Richard Rodgers a lot. Pedestals do exist for a reason. But pedestals don’t excuse politics that can be said to be backwards, even by the measure of their own times.”

“There is a generation of disabled artists who have been in the forefront of arts activism who feel that time is running out for them. Real change comes when there is a critical mass of diverse work, not just individual projects, and when arts organisations all across the country understand the benefits for everybody, themselves included.”

New Directions evolved as it did because its founder was as far-seeing in business as he was in matters of taste.

“As of last Friday, according to an analog counter on the site’s decidedly unglamorous homepage, it had reviewed three thousand six hundred and eighty-seven books, from a hundred different countries, originally published in sixty-eight different languages—an average of two hundred and thirty books a year.”

The festival, called Cappadox, now in its second year, has an even better setting than the Black Rock Desert, amid what may be Earth’s most psychedelic landscape.

“Italian Foreign Minister Paolo Gentiloni and UNESCO director-general Irina Bokova signed an accord in Rome Tuesday creating an Italian task force dubbed the Peacekeepers of Culture, as well as establishing a center in Turin, northern Italy, to train cultural-heritage-protection experts. Officials say no country has been chosen yet for the first mission.”

“You know your thoughts and feelings affect your body language – but this works the other way around, too. Happiness causes us to smile, of course, but smiling also causes us to feel happy. Experimental research suggests that this concept also applies to the virtual space, and that the physical traits of your avatar can change the way you behave in real life.”

“Those who know me understand that I have a personal commitment to classical music of all types, but they also know I will squeeze every ounce of value out of taxpayers’ cash. … [ENO] has been bailed out over the years by the Arts Council to the tune of millions of pounds. … Although we are seeing clear signs of improvement, as stewards of public money we cannot ignore its track record.”

“[A Federal judge] refused to overturn an arbitrator’s decision that upheld the July 2012 firing of Pierre Roy, who had been the orchestra’s principal oboist for more than 15 years.” Roy had been fired from the BPO once before, in 2010.

“The process involves the original master tape being played back at 16 2/3 RPM, precisely half its recorded speed, while the cutting lathe is similarly turned at half the desired playback speed.”

“As long as I’m alive, I constantly check my ballets: Do I still feel a part of myself in this work? And does it move me?”

“Wouldn’t it be better to make your book stand out by giving it a more memorable title which didn’t seem like it was lifted from a dictionary of unusual words in a desperate attempt to sound unique?”

It’s steady growth, but not hit-it-out-of-the-park yet. Here are the current numbers…

At Oculus, a leading virtual reality company, a copy of the popular sci-fi novel “Ready Player One” is handed out to new hires. Magic Leap, a secretive augmented reality start-up, has hired science fiction and fantasy writers. The name of Microsoft’s HoloLens headset is a salute to the holodeck, a simulation room from “Star Trek.”

“The results suggest grit isn’t that important for academic achievement, at least when other personality traits are included in the analysis—though that doesn’t necessarily mean teaching grit is without value.”

“Who knew that this affably backward-looking, backwater nerdish composer appearing unworldly even in the Victorian setting of Yaddo would play an indispensable role in making the L.A. Phil the hippest and most progressive major orchestra in America? I didn’t.”

“On Tuesday the Sarasota Ballet board voted to ‘release’ [Mary Ann] Servian, who reported to Webb, after growing conflict between the two over fiscal, territorial and staff relations issues.” Servian is a former mayor of Sarasota.

“The Czech Museum of Music presented on Tuesday a rare piece of music composed in three parts by Mozart, Salieri and an unknown composer, Cornetti, that was considered lost for more than 200 years.”

“Arts Council England has proposed a major overhaul of its funding strategy that could lead to major theatres getting four-year funding deals, and a separate grants budget for individual artists. Funding pots for museums and arts organisations could also be merged, meaning groups would have to directly compete for funding for the first time.”

Funding Is Not an “Issue” Title got your attention, didn’t it? Recently Doug McLennan wrote about ArtsJournal’s survey of readers about issues in the field: We Asked: What’s the Biggest Challenge Facing the Arts? By far the most cited was… …read more

AJBlog: Engaging MattersPublished 2016-02-16
Get Your Damn Ads Out Of My Social Media! (They Don’t Work Anyway) Anyone you know like ads? No. They’re the cackling crows getting between you and what you’re after. They’re uninvited, unwelcome, and we do whatever we can to swat them away. So why is my social… … read more
AJBlog: diacritical/Douglas McLennan Published 2016-02-16

The Arts: By The (National) Numbers

A few years ago, when the National Endowment for the Arts said it would join with the U.S. Bureau of Economic Analysis to determine how much the arts contributed to the economy, I applauded. When the … read more

Last month’s Rifftides post titled “Evans After LaFaro” included video of the Bill Evans Trio in a 1962 performance that I credited to Italian television because of its imprint RAI DUE, the name of an Italian … read more

The “One New Thing” Rule

Adam Grant, in his new book, Originals: How Non-Conformists Move the World writes about the necessity of anchoring new ideas in familiar things. To generate creative ideas, it’s important to start from an unusual place. But … read more

“Perhaps most importantly, I discovered more music in 2015 than I ever have before. According to my iTunes library, not accounting for tracks I added and later removed, I added 3,329 songs. My next closest year is 2013, when I added 1,837 tracks.”

“I get paid nothing directly for the most difficult, time-consuming writing I do: peer-reviewed academic articles. In fact a journal that owned the copyright to one of my articles made me pay $400 for permission to reprint my own writing in a book of my essays.”

Those two surprises are part of the company’s September mini-festival, a dry-run for the following season’s O17; the season also includes operas staged especially for Christine Goerke and Stephanie Blythe.

“In this episode [of Micropolis], we explore how the policing of language can cause anxiety for many of us, while also forcing us to think about race and gender and other issues. … Does ‘political correctness’ shape today’s art and expression? And if so, is that a problem or a necessity?” (audio) 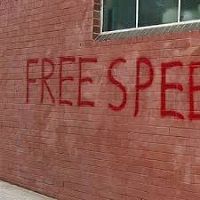