“Over the course of the more than half-century of relentless experimentation that followed, Ryman radically expanded the possibilities of abstract painting, continuously rethinking how it could be made and what it could look like, even while seeming to confine himself to a single color: white. His death … brings to a close one of the singular careers in postwar America art.” – ARTnews

A few years ago there was an expectation that stars such as Sturgill Simpson and Margo Price might bring a new sound and sensibility to country music. Instead, they became their own subgenre and today are often classified as “Americana” artists, a subset of roots music aimed largely at liberals. – Washington Post

But don’t worry, capitalism was saved by the show’s “Galentine’s Day,” which has now become a very real thing. – The Wall Street Journal

Or at least it COULD change, according to those at Janelle Monáe’s “Fem the Future” brunch. Stacy L. Smith, founder and director of the Annenberg Inclusion Initiative: “Collective action takes place when people lock arms, each group pushes a lever and we all do this in unison. … I’m expecting to see change in this industry quickly because of these simultaneous efforts.”
– Los Angeles Times

Anne Midgette: As more and more orchestras record their live performances for broadcast and for sale, the Grammys may change. “Since, as we’ve seen, recordings tend to feature different repertoire than standard subscription programs, this trend of recording concerts for release is contributing, slowly but surely, to a perceptible broadening of the orchestral repertoire.” – The Washington Post

As fake OxyContin prescription slips fell from the upper walkways of the Guggenheim Museum, protesters explained this action against the museum, which has accepted rather a lot of money from the Sackler family, “was a response to a recently disclosed statement by Richard Sackler, the son of a Purdue [Pharma] founder, who said years ago that OxyContin’s launch would be ‘followed by a blizzard of prescriptions that will bury the competition.'” – The New York Times

Yes, the Los Angeles Times has some ideas about who will win, or who should win, and it’s all focused on the Classical Gramm … just kidding. Face-off: Cardi B and Kendrick Lamar. – Los Angeles Times 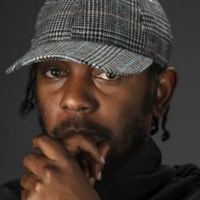