“There are more and more people that are really, really good at their instruments, and the amount of competition has certainly gone up. It’s getting increasingly challenging to win a job even in a small market orchestra — the level of playing across the board is greater.” – San Francisco Classical Voice

An Italian of Slovenian ancestry who grew up in Trieste, pianist Roberto Magris frequently tours in Europe and the United States. Here, we see and hear him and his colleagues in the Birdland Jazz Club in Neuburg a.d. Donau, Germany. – Doug Ramsey

Philip Clark, author of a forthcoming book on Brubeck, the American jazz legend, has for the first time gained access to 1959 recordings that had lain forgotten in a Californian archive until now. He was taken aback to hear a completely different rhythmic groove and Brubeck’s quartet struggling to make sense of it. “It sounds like a bad student jazz band,” he said. – The Guardian

Then there’s the part about taking a “curly-wurly” book and turning it into direct chronology. But she also says, “There are various threads that are out there that if I was a sociologist or an historian, I would be able to say, this is actually something. … But I’m just picking up the atmosphere, the ambience, and using it.” – The Irish Times

Quentin Tarantino’s New Beverly Theatre, which has regularly been selling out his Once Upon a Time … in Hollywood since last year, is but one of many arthouse cinemas being bought, refurbished, and revived by owners with singular visions. Netflix took out a longterm lease on New York’s Paris Theater and is in talks to buy LA’s 1922 Egyptian Theater. The artistic director for New York’s Metrograph, a new indie theater, says, “I’ve been going to the movies pretty much daily for about 25 years now, … and this is probably the best time I can remember.” – The New York Times

Aside from obvious comparisons to fascist Italy, it’s just not great to take direction from a fringe group of neo-classicists, some of whom aren’t architects. Then there are the safety requirements for federal buildings, which leave little money for “classical” elements. And, as any architect knows, “classicism and modernism are not opposites; they exist on a continuum, and choosing between them is unnecessary.” – The Atlantic

That’s the quest of some dancers in American Contemporary Ballet as they try to recreate Astaire’s routines. “Although Astaire’s style — the nimble and quick footwork and weightless slides — is not technical, re-creating his dancing for the stage requires a high level of musicality and nuance” – and leaves some dancers feeling like imposters. – Los Angeles Times

Conrad’s biggest part came as Jim West in a blend of James Bond and Westerns. His character “was dispatched on various secret missions on behalf of the government of President Ulysses S. Grant. West had his own personal train for traveling, an arsenal of quirky gadgets — exploding billiard balls, a pistol on a track hidden up his sleeve — and a partner (played by Ross Martin) who was adept at outlandish disguises.” – The New York Times

Sandy Powell, nominated this year for The Irishman (which she finds odd since it’s mostly men in “normal clothes”), says that a large part of her job is helping actors maintain and improve their posture. She says also that the awards are “terrifying. It’s absolutely terrifying. You sit there and hope your name doesn’t get called.” – BBC

There was little overlap with the Oscar nominees as The Farewell took Best Picture and its older star Zhao Shuzhen won the best supporting actress award. Adam Sandler won for his role in Uncut Gems, and gave a “speech in which he joked about ‘a few weeks back, when I was quote, unquote snubbed by the Academy’ and recalled winning a best personality award in high school rather than best looking. The actor declared, ‘the Independent Spirit Awards are the best personality awards.… Their handsome good looks will fade in time while our independent personalities will shine on forever.'” – Los Angeles Times

Turns out that “climate crafting has come into its own,” according to cross-stitchers, knitters, and other crafters around the world, whose visual representations of temperature and other data are stirring discussion. One: “I pictured my project as a personal memo of the temperatures of 2020. … However, the further I go the more I can see the impact it can have. I am angry and sad every time I have to stitch a house with a color that shouldn’t be there. … It makes me want to show it more and more so that people can see.” – Slate

Bean was on his way to meet his wife, who was ushering the show at the Pacific Resident Theatre in LA, when he was hit by two cars while crossing the street. The theatre canceled its performance. Bean, a veteran actor-comedian, had just written a new play and was beginning rehearsals at the Ruskin Theatre Group in Santa Monica. “‘He was so full of life at 91,’ [producer Sara] Newman said, adding that he often greeted colleagues with a new joke — ‘usually raunchy’ — and always had kind words for them.” – Los Angeles Times 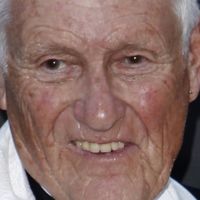