For two of the three most-browsed books in the Codex test, participants said that the books’ titles, not their graphics, were the strongest factors in prompting them to click the read more buttons. “People who buy and read books are word lovers; nothing intrigues them more than a strong message delivered by uniquely crafted title, subtitle, or even a reading line.” – Publishers Weekly

The bill, which is called AB5 and which went into effect on Jan. 1, says that outlets may not accept more than 35 submissions a year from any individual freelance journalist; any more, and the freelancer must be put on staff. Following desperate pleas from affected journalists, the law’s author said, in a series of tweets, that she will introduce an amendment to AB5 to eliminate the 35-article limit. – Los Angeles Times

“Instagram is absolutely shaping the theatre industry,” says Jay Armstrong Johnson, who recently played Raoul in Phantom of the Opera on Broadway. Johnson notes that Instagram has become “a necessary app, a connecting device” not just for fans and those without access to the arts, but also “to other artists, which has often led to new projects and/or collaborations.” – American Theatre

The Uruguay-born conductor will be 63 when he departs in the summer of 2021 after 18 seasons. He raised the profile of the orchestra considerably during his tenure, most notably with a very well-received performance at Carnegie Hall in 2011. – The Oregonian

Ruins excite our imagination with the lesson that our greatest structures will one day return to the ground, while reminding us that in their fallen states these sites are endowed with beauty, even redemption. – Washington Post

For the first time, the Berlinale has separated the functions of artistic and executive director. “Many hope [the new management structure] will help reinvigorate the Berlinale, which is considered one of Europe’s most important film festivals but has recently drawn accusations of lackluster curation.” – The New York Times

“I wasn’t attempting to create a generationally defining work of theater that spoke for the entire queer experience. I think that if I had started with that intention, I never would have finished. There are some who feel the play should have done just that, and who fault me for not painting on a broader canvas. … Art can be expected to hold a mirror up to society, but it cannot be expected to hold a mirror up to every individual who is engaging with it.” – The New York Times

“Since 2012, scientists based in New York and experts at the Munch Museum in Oslo have been working on this canvas — which was stolen in 2004 and recovered two years later — to tell a story of color. But the research also provides insight into Munch and how he worked, laying out a map for conservators to prevent further change, and helping viewers and art historians understand how one of the world’s most widely recognized paintings might have originally looked.” – The New York Times

Yorgos Loukos, director of the Lyon Opera Ballet for 33 years, was sacked by unanimous vote of the company’s board of directors. The reason was discrimination: in 2014, he had fired then-34-year-old dancer Karline Marion two days after she came back from maternity leave and shortly before she was to have gotten tenure. – Expatica (AFP)

Ross Douthat: “What if the feeling of acceleration is an illusion, conjured by our expectations of perpetual progress and exaggerated by the distorting filter of the internet? What if we — or at least we in the developed world, in America and Europe and the Pacific Rim — really inhabit an era in which repetition is more the norm than invention; in which stalemate rather than revolution stamps our politics; in which sclerosis afflicts public institutions and private life alike; in which new developments in science, new exploratory projects, consistently underdeliver?” – The New York Times

For example, Taylor Swift’s song “Shake It Off” had a whopping 46.3 million streams in 2017 and earned between $280,000 and $390,000, according to one report. Swift, one of the world’s biggest pop stars, will generate more streams with one song than most musicians can accumulate in a lifetime. Another study by Digital Music News found that Pandora had the highest per-play royalty rate. At Pandora’s 1.68 cents per play, a musician would need about 114,149 plays to earn the U.S. monthly minimum wage ($12 per hour) of $1,920. – Seattle Times

The proposal would allow Trump to create a “President’s Committee for the Re-Beautification of Federal Architecture” which would enforce this design mandate, and this panel would exclude “artists, architects, engineers, art or architecture critics, members of the building industry or any other members of the public that are affiliated with any interest group or organization” involved in architecture. Speaking as an architecture critic, this is insane and borderline-totalitarian. – The New Republic

When journalists tried to pigeonhole her as a “new hot blonde” on the scene, well, Margot Robbie took control. “Robbie has refigured the terms of her agreement with the media. She’s done it gradually, without flash or announcement. … She’s simply refocused the public’s attention away from her body, and the image prefabricated for her in her breakout role in Wolf of Wall Street, and toward her talent and her work, which is shaped by the three goals she and her production team discuss at regular check-ins every month: quality, variety, longevity.” – Buzzfeed News

The women of English theatre are not happy. Sphinx Theatre artistic director Sue Parrish: “All along we’ve been given assurances that our concerns were being taken very seriously and being addressed, and that is clearly absolutely not the case. … I think they think that women’s progress will happen by osmosis, that it doesn’t need direct support, but all the research shows that is not the case.” – The Stage (UK)

Woodard invites Academy Award nominees from past and present – and, she says, “those who, in a perfect world, should have been.” She also says the Oscars don’t have an impact on good acting. “You know, it’s something entirely separate from what we do. … I liken it to the baby contests back in the Southwest when I was growing up. It was kind of a hilarious thing: ‘Look at this baby with the nice plump legs!’”- The New York Times

The award is called The Carol Shields Prize for Fiction, named after the Pulitzer Prize-winning author of The Stone Diaries, and starting in 2022 will award $155,000 Canadian to a woman or non-binary author. “It is a sum that dwarfs the prize money for literary awards such as the Booker Prize (50,000 pounds, roughly $65,000), the Pulitzer Prize for fiction ($15,000) and the National Book Award ($10,000). The Nobel Prize for literature is one exception, with laureates receiving nearly $1 million. ‘We wanted to go big on it so that people paid attention.'” – The New York Times

In Budapest, Deaf and other hard of hearing adults and children use touch to experience Beethoven’s Fifth. One of them said, “Here, when the string instruments all sound, that gives a very good vibration. It is not a coincidence that he wrote this kind of music.” – Reuters

Caroline Baumann’s resignation was abrupt on Friday, February 7, and the Smithsonian Design Museum in Manhattan would give no reason for her departure. “During her tenure as director, she oversaw the $91 million renovation of the museum’s home at Fifth Avenue and East 91st Street, which aimed to make its Gilded Age mansion more inviting to modern-day visitors.” – The New York Times

Frieze Los Angeles goes up in the Paramount Pictures backlot, opening on Valentine’s Day. Sounds cozy. But, says a Frieze co-curator, “Going into 2020, we didn’t simply want to go back to the backlot and be purely celebratory.” That’s why “the curators have commissioned artists to engage the histories that Hollywood frequently overlooks.” – Los Angeles Times

Five of the nine Best Picture nominees are already available on Netflix or Amazon – and the others won’t be far behind, meaning that theatres don’t necessarily see much more money per screen after the awards ceremony. What about the four that aren’t streaming? Well: “For the record, the box-office Oscar bounce still exists for films that manage to hang on at the multiplex. Jojo Rabbit, Little Women and Ford v Ferrari have each made additional millions since the nominations were announced. And the war movie 1917 is doing so well, it feels almost like another Slumdog, exploding at the box office.” In short, longer theatrical runs mean more people see movies on the big screen. (But isn’t it nice to have The Irishman available at home?) – NPR

Nowhere else in North America can you find two symphony orchestras (as opposed to chamber orchestras) with touring schedules and substantial discographies led by conductors of international repute. Both enjoy government and corporate support. And if they attract different audiences, this dynamic can be taken as complementary rather than adversarial. – Montreal Gazette

Nothing exemplifies the promises and perils of self-actualised work better than the cultural conversations around ‘do what you love’. The injunction to ‘do what you love’ has had no shortage of critics, who point out its classist nature, advocate for a clearer delineation between work and life, and remind us that burnout might just be the flipside of self-actualised work. Not all agree that work should be a calling or that we should devote ourselves wholly to work. – Aeon

If adopted, the executive order would be the most significant attempt yet to insert the new politics of populism into the world of art, aesthetics and design. – Washington Post 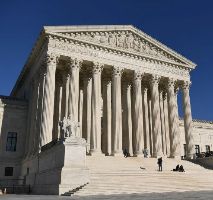