In such moments, visual literacy, news literacy, social justice, global politics, and art become part of a rapidly moving whole that arts writers and critics contribute to and respond to. With audiences speaking so directly to art institutions, this raises questions about what the role of arts journalists can and should be. – Nieman

Elsevier still made $1.17 billion in publishing in 2017, which is precisely the problem, according to its critics. At its loftiest, academic publishing is supposed to be about disseminating hard-won knowledge. But publishers charge hefty subscription fees, making that knowledge often inaccessible to researchers at all but the wealthiest institutions. Last year, the University of California paid Elsevier $11 million. – The Atlantic

“[Video game company] Rockstar’s version of American history is not for the fainthearted. The developer took pains to make Red Dead Redemption 2 as historically accurate as possible. Someone at Rockstar was clearly paying attention in history class, because Red Dead Redemption 2 unflinchingly confronts America’s ugly racial history throughout the game.” – Slate

The real-time telecast of the classic counterculture musical had been scheduled for May 19. In a statement, NBC executives emphasized that “live musicals are a part of this network’s DNA and we are committed to continuing that tradition with the right show at the right time. Since these shows are such enormous undertakings, we need titles that have a wide appeal” — meaning that they’re safe for the kids. — Deadline

“Essentially, Bennett is creating a contemporary Theatre of Cruelty, giving the visceral and ritualistic techniques that Antonin Artaud advocated 80 years earlier a pyro, DayGlo twist. … He delights in designs that ‘bombard the audience with information, whether that’s sonic or physical or visual’. This is a director who abhors theatre ‘that doesn’t go beyond the cerebral’ … and for whom theatre has to make itself felt.” — The Guardian

There is so much brio in his sheer commitment to his many apparent lies that it’s hard to avoid feeling delighted. He comes off like a classic con artist, as smooth and consistent as his beloved Mr. Ripley. It’s just fun. But… – Vox

Ezra Brain: “Even as representation increases, there doesn’t seem to be much evidence of a truly and uniquely queer theatrical culture — which, for this argument, I am defining as a unique set of practices, aesthetics, and philosophies that are recognizable to an average audience member. … To [create such a culture], we must first decide what makes a play queer.” — HowlRound

Mamet’s upcoming play Bitter Wheat centers on a very Harvey Weinstein-like studio head, and Steven Berkoff is preparing a one-man show about Weinstein himself. Lyn Gardner is not having it: “Because women own this story. Not a couple of middle-aged playwrights whose recent hits have been sparse, and who are fascinated by male ‘monsters’ and want to give them more stage time. They have had quite enough.” — The Stage

There are about 30 of these tiny theatres in the city, and they seat 25 to 50 people and can run as small as 170 square feet. And they, along with every other private sector venue, have to pay a 3.5% sales tax on every ticket. But that money goes into a fund to assist members of a 58-theatre association that refuses to admit the smallest companies. — The Stage

“We are outnumbered and out-posted by other people and it can make us feel unequivocally terrible if we let it. It’s never been easier to be insecure about ourselves and our achievements thanks to the ever-present torrent of ‘updates’ posted by mostly well-meaning people seeking opportunities for connection and validation.” – The Conversation

“It was horrible, horrible, when I think back, that I did that … It’s awful. But I did learn a lesson from it. I understand that need for revenge, but it just leads to more revenge, to more killing and more killing.” — The New York Times

“A survey from the ballet has been arriving in email inboxes with only two questions for recipients: ‘How much does live music affect your decision to purchase tickets to Orlando Ballet?’ and ‘Would you be willing to pay a small increase in ticket prices for a performance with live music?'” — Orlando Sentinel

Ek Ladki Ko Dekha Toh Aisa Laga (roughly, “I felt something when I saw that girl”) isn’t the first-ever lesbian movie from India — Deepa Mehta’s indie film Fire came out in 1996 (and extremists burned down a few theatres that showed it) — but it’s the first to come from the big Bollywood studio system, and its cast features some of India’s biggest stars. Sharan Dhaliwal writes about seeing the film with other Indian queer folks. — The Guardian

“The proliferation of English words on display at the book fair, where the ‘scène YA’ was set to feature ‘Le Live’, a ‘Bookroom’, a ‘photobooth’ and a ‘bookquizz’, spurred around 100 French writers into action, among them three winners of the country’s Goncourt prize … [to issue] a scalding rebuke to organisers over their use of that ‘sub-English known as globish’.” — The Guardian

This year, the candy company Mars expanded their reach considerably with a (still pretty limited) one-night-only show in New York starring Michael C. Hall called Skittles Commercial: The Broadway Musical. While proceeds from Sunday’s performance are going to Broadway Cares/Equity Fights AIDS, the production is a commentary on Super Bowl advertising and product placement that is, itself, a feature-length advertisement full of product placement. Even if you didn’t get a ticket, you can listen to the songs (and four minutes of Hall noisily eating candy, if that’s your thing). – Slate

“A nation whose citizens have no knowledge of history is asking to be led by quacks, charlatans, and jingos.” – The New Yorker

“The basic truth of all Salvator Mundi stories is less exciting; it is an important painting with a solid connection to Leonardo da Vinci, and many rich people want to own it. Its delayed appearance at Louvre Abu Dhabi most likely reflects Middle Eastern politics. But facts seem no longer to matter with the picture. Maybe this determination to speculate reveals nothing more than our fascination with all things Leonardo, but I suspect it is also because his accessibility makes it possible for everyone to have an opinion on his art.” – The Art Newspaper

After decades of watching the nonprofit professional theater sector play musical chairs with leadership positions, a number of top posts have gone to women, or people of color, or others who, though mid-career in many cases, are taking the helm of an institution for the first time. I am advocating for a genuine discretionary fund that says, “Welcome to your new job! We don’t care how you choose to spend this money, we are backing you.” — Diane Ragsdale

I’d never heard of cicerchie, or grass peas, so I read it was “an ancient pulse” — nice vampiric phrase — and that the recipe for Zuppa di cicerchie (Grass Pea Soup)is similar to those from Umbria and places not too far. I went through the inviting text and cooked the otherwise ordinary recipe in my head, but when I got to the end-note, I stopped … — Jeff Weinstein

Buckle your seatbelt and fire up your time machine. You are about to blast yourself back nearly fifty years to a simpler time when America was at war, the country was polarized, a crazed and despised president of the United States was in charge, cops were considered racist pigs, cannabis was omnipresent, and young radicals feared that racism was imminent. — Jan Herman

This isn’t up for debate, so please stop saying or writing, “singers and musicians.” Why does it matter? “This subtle but false dichotomy reinforces many of the assumptions that singers are forced to confront in their careers: that they are not as musically literate, that they came to their career through a path of sub-par training, that they lack the ability to hear and understand the underpinnings of a musical score, that they have to hire a vocal coach to teach them their part.” – NewMusicBox 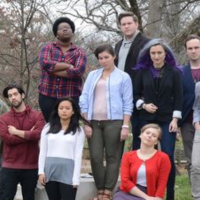