Roden Crater is located in the Painted Desert region of Northern Arizona, and has been under construction for 45 years. In the early 1970s, Turrell spent the night in the bowl of the extinct volcano in Arizona. Since then, he has set about buying and turning the crater into a celestial observatory connected to a series of spaces and installations.  – ArchDaily

“The RomArchive data bank has a collection of 5,000 objects, including photos, texts, videos and sound recordings … Works of art collected for the project include dance, theater, film, music, literature and Flamenco, categories in which Sinti and Roma present their own cultural history to the present day.” — Deutsche Welle

The history of ideas, in fact, suggests the opposite… The assumption that the last 50 years or so have marked some unprecedented break with a previous age of truth reflects both an inattention to history and an attitude that might be labeled “pessimistic narcissism,” since it yet again focuses attention on the generation that came of age in the 1960s and ’70s. — The Nation

“I was having lunch in a restaurant above the theatre at the Museum of Jewish Heritage and I saw the Statue of Liberty in the harbor, and I thought, O.K., there’s a Yiddish word I do know — beshert [destiny]. And I said yes, I’m going to do this. … I listened to a couple of the songs from the recording of the Yiddish version that was done more than 50 years ago in Israel, and I liked the sound of it. It seemed to me to be exactly right.” — Playbill

Using what it calls Story DNA Machine Learning software, the company will mine the hundreds of millions of fiction works submitted by its 70 million-member community for material it believes will be commercially viable. (And yes, the writers will be paid.) — The New York Times

The British conductor — the second man to lead the oldest performing arts organization in the U.S. since it made the switch to period instruments and a small-ish professional chorus in 1989 — will have been with H&H for 12 seasons and recorded a dozen albums with the group when he steps down at the end of the 2020-21 season. — WBUR (Boston)

“When an orchestra faces an existential threat — that’s understandably how the players see this — you have to deal with it in a fundamentally different way. You don’t just follow some symphony industry playbook and toss an incendiary contract offer onto the table. In the midst of the concert season, no less. Seems to me this situation demanded a fresh approach.” Tim Smith offers some ideas for such an approach. — Tim Smith

That YouTube can be a petri dish of divisive, conspiratorial, and sometimes hateful content is well-documented. Yet the recommendation systems that surface and promote videos to the platform’s users, the majority of whom report clicking on recommended videos, are frustratingly opaque.  – Buzzfeed

Choreographer Donald Byrd, artistic director of Seattle’s Spectrum Dance Company, creates dances that spark discussions about the magnificence, and the problems, of African Americans in a racist country. – PRI

Simon Dancey: “The picture now is of a middle-class sector reinforcing its own values in an echo chamber that compounds the structural inequalities of the UK. This self-endorsing closed shop is never going to shift persisting inequalities and will continue to exclude a large section of our community, its values and potential. This is morally unacceptable, economically stupid and socially disgraceful.” — Arts Professional

“Given that 85 percent of U.S. counties are home to some number of incarcerated individuals, it’s likely that most of our nation’s theatres are close to at least one correctional facility. In those facilities about two thirds of the incarcerated are people of color. As theatres work to diversify their audiences along lines of income and ethnicity, a growing percentage of those attendees will have a personal connection to mass incarceration, opening up new opportunities for relevance to communities. In short there seems to be great room and reason to expand this field of work.” – American Theatre

“The group, which advocates for sustainable economic relationships between artists and institutions, is urging the artists who will be invited to participate in the 2019 Whitney Biennial to withhold their works in solidarity with the museum’s staff and to demand compensation for the labor that went into making the pieces that will be included in the exhibition.”    – Artforum

“Most bodies can’t actually do those perfect shapes,” he continued. “But it’s that pursuit of that ideal, harmonious proportioned line that is our livelihood, our discipline and our practice. And we retire before we ever get to achieve it.” – The New York Times

“The plots are invented on the spot. Not like Hitchcock, where every scene that follows is connected with the final scene. In the action movie, it is more like the style of The Arabian Nights.” (Mekas’s favorite recent film? Lady Bird. “It is the only one that deals with real life and succeeds.”) — The Guardian

For our money, the most fanatical fans are opera fans. But ballet fans aren’t far behind. “It’s wonderful to see the fans at the stage door, but you can be in a vulnerable position. People feel like they know you. And we don’t have the level of security that Beyoncé has.”  – Washington Post

“This is just the latest instance of a phenomenon you could call ‘event politics’ — that familiar flurry of knee-jerk responses sparked by a single image or clip that a little too perfectly illustrates one side’s worldview.” Lili Loofbourow looks at what event politics signifies (“a response to uncertainty”) and why it spreads so fast (“we’re in a moment when so much is truly bananas — the president can’t spell hamburgers and was investigated by the FBI for being a possible Russian agent, to pick two examples at random — that reassuring framings are welcome.”) — Slate

“Many critics feel that [these operas] glorify the repugnant behavior and patriarchal values they depict — and question their place in the repertoire”, writes Frankfurt-based violinist Arianna Warsaw-Fan Rauch. Not surprisingly, for those who know the operas, Rauch makes the case that Mozart is solidly on the side of his female characters, but her argument and analysis are good. (Unfortunately, she doesn’t address Così fan tutte, which is a trickier case.) — Slate

“The agencies, which the Trump administration’s first two budgets tried to eliminate, will use remaining FY18 administrative funds to reopen [on Monday] for up to four weeks, officials said. The agencies hope to ‘minimize any interruption in the awarding of federal funds,’ according to the NEH website.” — The Washington Post

Associate curators, art handlers, and staff at the front desk, gift shop, and museum bookstore will now be represented by the United Auto Workers. The vote was 38 to 8. — The New York Times

“The musical Notre Dame de Paris” — aka “The Hunchback of Notre Dame” — has been a hit around the world since it opened in France in 1998. But, in London two years later, the critics savaged the English-language version. Now, a producer is taking the bold step of bringing it back to London — but in the original French. The secret, he says, is in the surtitles.” — BBC

As Netflix continues to grow, this game of peekaboo has become increasingly irksome to other studios as well as talent agencies, some of which feel that Netflix’s lack of transparency gives it an unfair competitive advantage. – Los Angeles Times

“There are basically no cars,” says Axel Bentsen, CEO of Urban Sharing, the company that runs Oslo City Bike, the local bike-share system. The city’s changes are designed, in part, to help improve air quality and fight climate change, but the difference in the quality of life is more immediate.  — Fast Company

As it happens, there’s a Hindu ritual called paalabhishekam in which worshipers pour milk over the statue of a deity. Overenthusiastic fans in the state of Tamil Nadu have started applying the practice to their favorite films’ posters, hoping that will help the movies become hits. Only they’re not buying the milk; they’re stealing it — and driving the state’s dairy farmers and dealers broke in the process. — BBC

As co-founder of André Deutsch’s publishing house and editor there for five decades, Athill was the shepherd — “nanny” was her preferred term — for books by Philip Roth, Margaret Atwood, John Updike, Jean Rhys, V.S. Naipaul and many others. Late in life, she won acclaim as an author herself, for a series of memoirs, among them the Costa Prize-winning Somewhere Towards the End. — The Guardian

In 2015, when Angela Merkel announced that Germany would accept the refugees streaming in from the Mideast, she said “Wir schaffen das” (“We can do this”). “What is less well-known,” writes Julia Grime, “is that German theatre, arguably a more directly socio-political beast than most UK theatre, welcomed the million-plus refugees with open-armed, practical help, connecting them with local communities and playing a key role in easing their acceptance into German society.” — Arts Professional 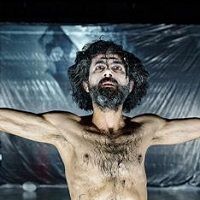