Says the study’s lead author, “These results suggest for the first time that long-term musical training reduces simple non-musical auditory, tactile and multisensory reaction times.” (But the study included no singers – what could that mean?)

Eastman earned some renown during the 1960s and ’70s as a singer of avant-garde music; through the ’80s, he gradually slipped out of sight as addiction and mental illness overtook him. But these days his music is getting some serious attention, and Ross explains why.

Corinne Haas, former member of Alonzo King LINES Ballet: “When your heart is pounding and your knees are trembling, it’s hard to cultivate a calm, confident persona at an audition. But if you practice that feeling before stepping foot in the room, you can improve your chances of success.”

As Merriam-Webster observes, “Claque means ‘a group hired to applaud at a performance’ or ‘a group of sycophants.'”

Katy Waldman: “For one thing, the phrase calls to mind the snake-oil salesmanship that has animated Trump’s rise to power.” (Waldman cites the ’70s term alternative medicine.) ” The modifier’s connotation of gutsy, even glamorous independence also lends credibility to the rogue alt-right … Most of all, alternative facts evokes a total alienation from – and disinterest in – objective truth.”

“Instead of presenting Asians as human beings, we are offered a world of lazy stereotypes”, writes staff theater and opera critic Wei-Huan Chen about the opera’s version of the old Cultural Revolution ballet The Red Detachment of Women, “a representation of Asian people so nostalgic, so inaccurate and so out of touch with the way we talk about and view race in modern times that it at first evokes more confusion than disgust.” (That’s arguably a fair description of the original Red Detachment.)

As Leonard Jacobs notes, “40% of the NEA’s budget, by statute, goes directly to state and regional arts agencies. … If the NEA didn’t exist, therefore, large chunks of state arts agency budgets would evaporate overnight.” So what were the agencies’ responses? The first, from a national unmbrella organization, was basically Don’t talk about this out loud!!

“Sales of George Orwell’s dystopian drama 1984 have soared after Kellyanne Conway, adviser to the reality-TV-star-turned-president, Donald Trump, used the phrase “alternative facts” in an interview. As of Tuesday, the book was the sixth best-selling book on Amazon.”

“You create a green scene of local bands who breed. They become fond of the venue because you give them support and, even if they grow, they’ll come back and play smaller shows here.”

Zoolander 2 may be the leading property for this year’s Golden Raspberries (nine nominations), yet surely the champion, with three nominations in his own name (including a Worst Actor nod for playing himself) and another two for his movie, is the immensely deserving Dinesh D’Souza.

The author is known to have made up, on the spot, many bedtime stories for his young daughters, but written notes have only ever been found (and may only have been made) for one – “The Purloining of Prince Oleomargarine.”

While he has been overshadowed in the West by compatriot Arvo Pärt, Tormis is revered in his native land. Doubtless thinking of such works as the ferocious Curse Upon Iron and Litany to Thunder, leading Estonian conductor Tõnu Kaljuste once observed, “If Arvo Pärt’s music is heaven, then Veljo Tormis’s music is earth.”

Crossover tenor Jonathan Ansell says he tried for months to get from producer Stephen Leatherland the £10,000 Ansell says he’s owed for a 2015 UK tour of an opera revue. Fed up, he leapt onto the stage just before the beginning of another Leatherland production and told the audience that he and other cast members had been stiffed. Naturally, he streamed the whole thing on Facebook Live. (includes video)

The unfortunate victim this time is Florida State cello major Carrie Miller, whom United Airlines did not permit to gate-check her cello for a flight from California back to Tallahassee. She’s trying to crowd-fund a replacement instrument so she can prepare for her senior recital, coming in less than three months.

“First opened in 1903, the museum was closed in January 2014 after a bomb attack on the Cairo police directorate across the street severely damaged its facade and dozens of exhibits. It reopened last week after a two-year restoration program funded by the United Arab Emirates and UNESCO.”

Terrible as it will be for the Trump administration to kill the National Endowments of the Arts and Humanities, gutting net neutrality seems to me an even more damaging attack on the arts, independent and upstart media and America’s commons. … read more

Never-Ending Battle: Mobilizing (once again) to Save the National Endowments for the Arts & Humanities

With President Trump‘s transition team’s having reportedly recommended elimination of federal funding for the National Endowments for the Arts and Humanities (as well as for the Corporation for Public Broadcasting), a petition opposing possible NEA and NEH cuts has appeared on the White House’s website, … read more

At A Time Like This, You Want to Talk “Still Life”? Yes.

At times like these, when not only the United States but also the world is a-twitter – no, forget the pun, much more than a-twitter – seriously concerned about the political direction of so many countries, it may seem trivial to spend time on issues of art. Or even looking at art. Not really. … read more

Listening to the tracks, it’s as though writing, composing, and starring in Hamilton wasn’t enough for Miranda—on the demos, he finally is the entire musical.

“The White House is actually an accredited museum, with a curatorial staff and a committee dedicated to its preservation. So if the Trumps do decide to add to its collection, they’ll have plenty of help.”

The museum now will be known as the Henry Ford Museum of American Innovation. The museum was founded by auto pioneer Henry Ford and is part of The Henry Ford, a popular tourist destination in Dearborn, Michigan.

Raduan Nassar was forty-eight and at the height of his literary fame when, in 1984, he gave an interview with Folha de São Paulo, the country’s biggest daily newspaper, in which he announced his retirement. He wanted to become a farmer. “My mind is lit up with other things now; I’m looking into agriculture and stockbreeding,” he told the interviewer. Many were baffled.

“Despite being highly different in content, the intentions behind the productions were strangely similar. They articulated an emerging aesthetic of theatrical art where originality is sacrificed in favor of irony, surface meaning is discarded as false, and even technological advances can’t turn our heads away from the specter of the past.”

“The idea of a coherent European culture is actually quite new. Scattered uses of the phrase appeared in the 19th century, but it was only in the 1920s and ’30s that the idea came of age. Those decades saw an unprecedented burst of attention for the idea of Europe, in which the age’s leading liberal intellectuals developed a compelling vision of the continent’s purportedly shared cultural identity.”

One of the producers, a dog- and cat-owning vegan, explains that the dog is absolutely still alive, that the individual dog trainer is being investigated, and that he thinks (of course) the video editing was “fake news” – a publicity stunt for PETA and TMZ.

You thought the Congressman’s books were selling out before? Now it’s won quite a few of the coveted youth awards. But here’s a list of all of the winners and honor books, including the Newbery, the Caldecott, the Printz and so many more, from this morning’s ALA Midwinter gathering in Atlanta.

A former minister of culture said that junior officials gave him evidence of the blacklists:”They were told to destroy the data, but they collected and saved it.” Up to 10,000 artists and writers were on the list by 2015, sources say.

“There were things South Park had always had trouble imagining: it was complex and dialectical on male anger and sadness, and able to gaze with empathy into the soul of a troll, but it couldn’t create a funny girl or a mother who wasn’t a nag. What it did get, however, was how dangerous it could be for voters to feel shamed and censored – and how quickly a liberating joke could corkscrew into a weapon.” A longread by Emily Nussbaum. 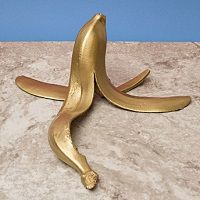