Anthony Lane: “Fellini is the great divider. “La Dolce Vita” was the film most loved by Roger Ebert, for whom it was transformed with every viewing, whereas Pauline Kael likened Fellini’s efforts to “poking your head into a sack of fertilizer and then becoming indignant because you’re covered with excrement.” – The New Yorker

On the third floor of Destination, a nightclub-turned-cultural center that’s one of the few such places in the country to expressly welcome queer people, is ART.Des, a (very rare) gallery that features Chinese art that addresses homosexuality. While there is censorship, says one artist, “perhaps it’s not as free as the West; but it’s not as closed as people think, either. We’re not North Korea.” – The New York Times

Arthur Brand has recovered one of the oldest surviving copies of the Divan of Hafez, one of the most important and beloved works in all of Persian literature. The volume was the only still-missing item from a collection of manuscripts stolen in 2007 from the estate of a collector in Munich; the rest had been found, along with their thief, in 2011. – artnet

“Serebrennikov was a particularly Russian type of rebel: one who sought, and attained, mainstream success, often with the blessing and support of the state.” Until, that is, his sudden arrest in 2017 on charges of embezzlement widely believed to be trumped-up — and his unexpected release last year. “Just as your downfall may come with no warning or explanation, so, too, can your redemption.” An excerpt from Joshua Yaffa’s Between Two Fires: Truth, Ambition, and Compromise in Putin’s Russia. – The Guardian

“A few minutes into the speech, secretary of culture Roberto Alvim said, ‘The Brazilian art of the next decade will be heroic and it will be national, it’ll be endowed with great capacity for emotional involvement and deeply committed to the urgent aspirations of our people, or it will be nothing.’ The line is a slightly modified version of a Goebbels quote … [and] the video also featured music from Lohengrin, Adolf Hitler’s favorite Wagner opera.” The subsequent outcry was huge, and Alvin was ousted within 24 hours. – artnet

Status-mongering is the mess that results from leaving some of our ethical theorizing undone. We don’t know who we think we are, and it shows. – The Point

The conventional wisdom that now governs book publishing—that things are, for the first time in a long time, not that bad—is wrong. At the very least, it overlooks the fact that Amazon has spent the last decade accumulating yet more power and leverage, and that its ambitions have since moved past simply being the world’s largest bookstore. On Tuesday evening, The Wall Street Journal surveyed one of the most important recent developments in the industry: Amazon is finally publishing work by some of America’s biggest authors. – The New Republic

Grain elevators were once an icon of Canada’s west: often painted a bright boxcar red, they stood in towns across Alberta, Saskatchewan and Manitoba. As the tallest structures in the vast landscapes, they were visible from kilometers away and were known as “prairie castles” or “prairie cathedrals”. – The Guardian

“My colleagues want to better understand how people behave in the wild and how we can capture every-day behavior without asking people to self report … [because] that’s a very unreliable way of collecting data. What I’m seeing is just a very new landscape and regulations that are not ready.” – Vice

The Hecht Museum at the University of Haifa said that Saher Miahi’s identity did not fit with guidelines from its funders, the Hecht Foundation. The university rescheduled the talk for elsewhere. The artist said, “I was a student at this university and I’m still collaborating with it. Now, this museum is telling me that I don’t belong here.” The move was widely criticized by others on and off campus. – Hyperallergic

Just kidding about the Millennials. Sort of. The thing is, streaming has messed with everything related to the music industry – and now there’s the elaborate rigging of streaming with “stream farms” and bundling. – The Guardian (UK)

Basically, The NYT says, you could easily tell how bad Star Wars: The Rise of Skywalker was by going to a theatre with 4DX technology. The experience “should really be considered an intellectual exercise. Sure, the wind occasionally makes it hard to hear dialogue, and the flashing lights take you out of the movie when they light up the theater’s walls. But a lot of thought is required to artfully complement a film by adding multisensory elements. Especially when the film itself lacks artfulness.” – The New York Times

Only 780 people live in Hallstatt, Austria – but a million tourists visit each year, hoping for the perfect Frozen-style photo. The town had had enough. “Hallstatt is embarking on a campaign to focus on quality — not quantity — tourism, according to local officials. Tour buses, which tally as many as 90 on the busiest days, will be capped at 50 and must register with the tourism office. Groups that arrange lunches at local restaurants, sign up for boat cruises or visit Hallstatt’s famous salt mines will be given preference.” – The New York Times

But will Apu be retired from the show, or will the show get a new voice actor – perhaps an Indian American voice actor? This has been a long time coming. “In 2017, the comedian Hari Kondabolu’s documentary The Problem With Apu forced Mr. Azaria, who is white, to reckon with his portrayal of the Kwik-E-Mart owner who speaks with a pronounced Indian accent. The film attempted to trace the origin story of Apu and put the character in a broader context of Hollywood depictions of Indians.” – The New York Times

These guys just will not accept responsibility. “Diversity is too often discussed as something separate from, or even in conflict with, artistic virtue. It is treated as an abstract concept meant to materialize without industry gatekeepers and Oscar voters, such as King, challenging their own possibly narrow views and instituting different practices. Put more plainly, the lack of representation is regularly talked about as a problem, but one for someone else to solve and for other institutions to address.” – The Atlantic

Tanega’s “Walkin’ My Cat Named Dog,” which was truly a recounting of her life with her cat named Dog, smashed through 1966 and was covered by Barry McGuire, jazz artists, Yo La Tengo, They Might Be Giants and many others, has died. Tanega also wrote for Dusty Springfield, with whom she had a relationship. She said as she was touring with her first album, “‘The folkies don’t like me and the rock ’n’ rollies don’t like me.’ … She nonetheless enjoyed performing, she said: “’ just want to sing for people. You might say it’s mass love.'” – The New York Times

What makes sense on TikTok might not make sense on the old platforms. TikTok distills music down to a brief snippet you can sing along to, or dance along to or perform a comic sketch to. Its needs are different, which is changing how professional songwriters working in studios around the world are thinking about their craft. – The New York Times

The Walt Disney Company bought most of Mr. Murdoch’s entertainment assets last year in a $71.3 billion deal. That included the 20th Century Fox studio and its art-house sibling, Fox Searchlight. On Friday, the employees at the main movie studio arrived to a new email format (@20thcenturystudios) without the Fox. A Disney spokesman confirmed that both labels would drop Fox from their logos. Disney had no further comment. – The New York Times

The whereabouts of “Portrait of a Lady” has been one of the art world’s biggest mysteries since the painting was stolen from the Ricci Oddi museum in 1997. – The New York Times

Walker, who died in 2018 at age 96, was one of America’s most distinguished composers. He won the Pulitzer Prize for music in 1996. He was a superb pianist and an esteemed academic. His shelves and walls were overloaded with the awards and honorary degrees that go with a legendary career. He wrote around 100 pieces, and many of them have been recorded. No history of American music is complete without Walker, and that means many a standard history of American music is incomplete. Who among classical music lovers, let alone the general public, even knows who George Walker was, much less has heard his music? – Los Angeles Times

Say goodbye, at least for the foreseeable future, to the topic-focused lands of yore such as Adventureland or Fantasyland, and think instead of story- and plot-driven lands that will place guests in the midst of an ongoing narrative, which bring with it new opportunities and challenges. They are, in essence, to quote the narration of the recent Disney+ docu-series “The Imagineering Story,” lands that represent a “living theater” where the guest can “play make-believe.” – Los Angeles Times

China’s rapidly expanding network of surveillance cameras increasingly relies upon AI-aided facial-recognition technology to achieve much of its primary mission: to keep track of, record, control and modify the behaviour of its citizens. Within this system, ‘face’ really has nothing to do with traditional conceptions of moral or social status – at least, their ideal forms; it is not about how one views oneself or how the members of one’s community regard one. Instead, it is to be an object under the gaze of a systematic government surveillance system established by the Communist Party of China (CPC) and guided by increasingly sophisticated AI. – Aeon

It’s the annual conference of the International Association of Blacks in Dance, which was started 32 years ago by Philadanco founder-director Joan Roberts Brown. “In the mid-1980s, she started cold-calling every dance company she could identify with the word ‘Black’ in its title, to see if they were interested in getting together to talk about the challenges they faced running African-American dance companies. ‘I thought it would be six ladies in my kitchen,’ said Brown. ‘Sixty people showed up.'” This year’s attendance figure: 1,100. – WHYY (Philadelphia) 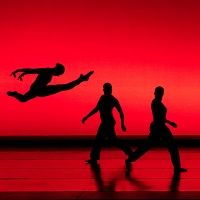