Nathan Cole: As I put in my first set of numbers, my stand partner made a sound, a kind of groan cut short. I looked over, the point of my pencil still on the page. “Did you want my markings on the bottom instead?” “We don’t mark fingerings here,” he said.” “Here, you mean at this spot?” “I mean in this orchestra.” His face softened, and he added, “Sorry, you’re probably used to seeing them, right?” I was indeed used to seeing fingerings as a matter of course. My mind was fairly blown. “How do you play all this music then?” My stand partner paused, as if he’d never considered the question before. “Practice?” he suggested. When you ask, be ready for the answer.

The legal briefs have become increasingly acrimonious. The foundation says that it has faithfully carried out Peggy’s wishes, that she never said the collection should remain as she left it, and it describes the descendants’ claims as “distortions,” “pointless,” “ridiculous and outrageous,” and “devoid of good faith.” It also says that a 2013 letter to the foundation from the descendants’ attorney “leaves little room for doubt as to their genuine objectives: they believe they can obtain a financial settlement” from the foundation.

Want to better see and understand the relationships and interactions of the characters and plot lines of the musical “Hamilton?” This engaging interactive scrollable exploration of the show will drop you down a rabbit hole if you’re not careful…

“An encounter with an octopus can sometimes leave you with the strong feeling that you’ve encountered another mind. But that mind – if mind it is – has evolved along a route entirely different from the one that led to our own. The most-recent common ancestors of humans and octopuses lived about 600 million years ago, early in the evolution of animal life.”

There’s an optimal level of newness – not too familiar, not too surprising – that gets people receptive to a product, or a name, or an idea. Raymond Loewy, arguably the most influential designer of the 20th century, had an acronym for it: MAYA.

“There are genres whose principal business is fact—journalism, history, popular science—but the essay has never been one of them. If the form possesses a defining characteristic, it is that the essay makes an argument (and does so, unlike academic writing and other forms, for a general rather than a specialized audience). That argument can rest on fact, but it can also rest on anecdote, or introspection, or cultural interpretation, or some combination of all these and more. There are “public essays” and “personal essays” and essays that are both or neither; the form is broad and various and limitlessly flexible. Yet what distinguishes an op‑ed, for instance, from a news report is that the former seeks to persuade, not simply inform.” 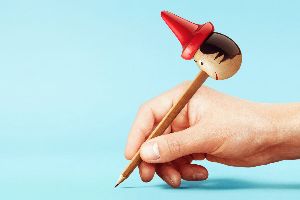