“Though Chicago dwarfs New Orleans, Memphis and St. Louis in population and economic might, a weekend in any of those places drives home the missed opportunities back home. All three [of those] cities have museums dedicated to telling the music’s story; tours and branded districts where people can walk in the footsteps of legends; airports, parks and streets named in their honor, life-size statues for tourist selfies; and, of course, an abundance of live music clubs that all three cities actively help promote throughout the year.” Except for the clubs, Chicago has none of that.

“Like a magic mirror held up to America’s heteronormative postwar culture, its music reflected a dignified, and seductive, vision of gay life. Just below the album’s title read the teaser: ‘For adult listeners only – sultry stylings by a most unusual vocalist.’ The surprising story of Love Is a Drag, released way back in 1962.

“The editors who select the topics are “deeply aware of the social impacts of new technologies and of the role of real people in shaping those technologies. We don’t treat technology in a vacuum here. We talk about how people who use technology have a chance to take some responsibility for it, and to influence its future design and direction.”

“To have one’s novel translated – on one hand, an honor. On the other – you might as well be trying to have sex using another person’s body.” Now imagine that that body used to be yours, and you remember it. Boris Fishman tells the story of reading from the Russian translation of his A Replacement Life at a book tour event in Estonia.

“How do you know if the negatives are outweighing the positives?” Sarah Wroth helps with yet another instance of things that should be obvious but never are when we’re the ones in the middle of them.

Movies that show struggles against prejudice, poverty, ignorance, oppression and fear reflect liberal values only in the sense that “reality has a well-known liberal bias”, said Marty Kaplan, quoting Stephen Colbert. “If there were big money to be made telling stories celebrating home schooling, semi-automatic rifle ownership, the bullying of gays, white supremacism, misogyny or xenophobia, Hollywood would be racing to make them.”

He sold vacuum cleaners, drove a beer truck, joined the Air Force and USIA, and spent the ’60s writing comic novels and screenplays in L.A. before creating the book and film that changed the horror genre and conquered pop culture.

The company’s general manager says that “postponing” the new Verdi Forza del destino staging, a co-production with English National Opera, by Calixto Bieito will save the financially troubled Met $1 million. (Gelb didn’t mention that Bieito is probably the most controversial, not to say notorious, of the directors with new productions planned for 2016-17.)

“The gold was recently discovered by a tuner inside a Broadwood upright piano which had originally been sold in 1906 by a musical instruments shop in Saffron Walden, Essex.”

“Meade had served since March 2015 as the Walker’s artistic director, a newly created role at the museum. Prior to that, he had served for ten months as the Walker’s senior curator of cross-disciplinary platforms, another newly created role. He effectively took over as chief curator after Darsie Alexander left the institution to become director of New York’s Katonah Art Museum.”

“The allure of this programming from an orchestra’s perspective is easy to see. In their never-ending quest to bring in new audiences — particularly patrons for whom the standard classical repertoire is less familiar terrain than it was to their parents and grandparents — the San Francisco Symphony and similar organizations have found a product that exerts a different sort of allure from that of a Brahms or Mahler symphony.”

“Critics of the painting said the officers were depicted as pigs, which sparked outrage among Republican lawmakers and some police groups. Supporters said it was an example of free expression that deserved to be displayed. The dispute led to a bizarre back-and-forth as GOP lawmakers unilaterally ripped the painting from the wall and returned it to Clay’s office, only to have Clay and his allies rehang it alongside other paintings selected in the competition.”

One of the non-Hamilton-related moments: When the president presented Audra McDonald with the National Medal of the Arts. (And that’s just number six.)

TV makers have choices. Should they “continue to create content that might arouse the anger and derision of Trump supporters and the right-wing media that helped get Trump elected? Or do they somehow seem to support Trump by celebrating figures like him and reflecting the views of pro-Trump viewers? Or does [TV] veer toward escapism that cannot be interpreted as having any political context or meaning?”

The theatre – which features alumni like Samuel L. Jackson, Debbie Allen, Dick Gregory, Smokey Robinson and Wendell Pierce – has been reorganized, with dance and visual arts and other offerings, into the Center for Arts and Culture, with new executive director Indira Etwaroo, who founded “NPR Presents” and WNYC’s Greene Space in Manhattan. Will that be enough to save the historic theatre?

Chinese regulators are starting to investigate big investments into Hollywood firms and people – and then there’s this: “Donald Trump’s appointment of hawkish economist Peter Navarro — author of such books as Death by China — to head a new White House National Trade Council inspired Chinese state media to warn of a potential ‘showdown with the U.S.'”

Nearly everyone who has seen Singing in the Rain remembers the instant classic “Good Morning to You,” created when Reynolds was just 19. Now there’s a “Tappy” tribute video that includes Broadway stars from Book of Mormon, Newsies and Cats.

No. And also, they feel and look much crisper and cleaner than they do on other, larger devices. The problem, though: “Obviously the audio quality isn’t even worth discussing: Through the device’s small speakers and the provided earbuds, you can hear the dialogue and music, and that’s it.”

Wait, though: Maybe niceness is actually the way to go. “I am reticent to embrace an alternative where icy ambivalence or willful disinterest in others is the norm. Though men within publishing frequently exempt themselves from efforts at likability among their peers, nearly everyone in the industry exempts themselves from these efforts when it comes to outsiders. “

Sometimes it seems like the arts retreat further and further into their own arts bubbles. That is – the arts play to particular arts audiences, continually reinforcing those audiences but finding it more and more difficult to reach general audiences. So how to break out beyond dance audiences if you’re a dancer?

Twenty-four-year-old dancer/choreographer Jacob Jonas has an idea, reports the Los Angeles Times. He’s a former skateboarder, and his work borrows from range of traditions and forms. He’s also got a different idea about an artist’s role in art:

Jonas is as much a businessman as he is an artist, and he’s proud to tell you so. He laments the fact that universities teach students how to make art but not what to do with it.

“Artists fail when they aren’t able to make their art a brand,” says the choreographer and dancer, who is lean in an almost feline way, with thick muscles that propel him into lithe motion at the slightest provocation. “We want to be at the intersection of dance and fashion — of dance and advertising. How do we get dance to a wider audience?”

With a wider audience, Jonas reasons, comes the kind of financial support that dance needs to sustain itself and rise to the level of music, television and film when it comes to commercial visibility.

Dance is probably one of the most undervalued art forms in society “in terms of how it’s set up as a profit model,” he says.

Jonas believes that the traditional “pure” art of dance has become disconnected from the larger culture. To reconnect, he has imagined his work as an intersection of other things which are already familiar to the audiences he wants to reach. His vision of “branding” is to sit his work in the paths of those who aren’t already dance audiences and let them define the context.

Art Errors: Steve Cohen Evades Not Only the Feds, But Also the New Yorker’s Fact-Checkers When I read the art-related passages in the New Yorker‘s Total Return: When the feds went after a hedge-fund legend (aka Steve Cohen, the mega-collector ), all I could think of was: Where are the … read more

“The St. Louis museum isn’t backing off its commitment to send the painting to Washington, and the effort to stop it is a small pre-election skirmish in what will be a long, fraught and likely disorganized boycott of the Trump administration by artists, scholars, and citizens who align themselves with the arts and humanities sector. The petition, and the flurry of attention it raised, is important as a moment of what might be called the “stress testing” of this country’s cultural institutions. As Trump opponents look to the next four years, they want to know how much cultural and moral capital is stored in the institutions they love. Will museums and universities and arts centers be up to the challenge of confrontation, resistance and truth-telling?”

Few would doubt his interest in the art and heritage sectors, or his knowledge of his own academic field. But now that he is to be the director of one of them, does he still support the reintroduction of admission fees in national museums, which he proposed in 2011 as ‘a truly equitable cultural policy’?

The phrase sort of made my head spin — is it possible Prince had just invented a whole new conceptual category of art? What could “fake art” mean? It certainly doesn’t mean “forgery,” and it can’t simply mean “bad art.” But it doesn’t seem to me simply to mean “work bought by someone the artist disapproves of” or even “work no longer condoned by the artist.” It seems — to me, anyway — to suggest something much squirrellier than that, some new way of thinking about how to navigate a news theater dominated by “fake news,” the disappearance of cultural, intellectual, and aesthetic authorities, and the rise of a disinformation state.

“On the same Tuesday in March that will see Mayor Eric Garcetti facing no real opposition for reelection, L.A. voters will consider Measure S (once known as the Neighborhood Integrity Initiative), which calls for a two-year moratorium on major new development projects. Its backers say new construction is out of control — and out of scale with historically low-rise Los Angeles. What they can’t quite bring themselves to say is that the measure itself is an expression of mourning for an L.A. that is already dead, a city of single-family subdivisions, highway construction, discriminatory zoning and free parking that worked (to the degree that it ever did) only as long as the region continued to sprawl voraciously at the edges.”

“Artists fail when they aren’t able to make their art a brand,” says the choreographer and dancer, who is lean in an almost feline way, with thick muscles that propel him into lithe motion at the slightest provocation. “We want to be at the intersection of dance and fashion — of dance and advertising. How do we get dance to a wider audience?”

Tristram Hunt, the Labour MP for Stoke-on-Trent, a Midlands city that’s been dubbed “the Brexit capital” (66% ‘leave’ vote), is leaving politics to take over the Victoria and Albert Museum in London.

Unfortunately, this may last only a few months. 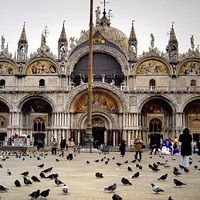