“Perel, a famed Belgian cross-cultural psychologist and educator who has written numerous books and given countless talks on the subject of relationships and sexuality, conducts these sessions based on a structural conceit: couples who apply and get accepted are given only one session. There’s a functional purpose to the one-and-done format. The scarcity raises the stakes for the people going into them, incentivizing a need to get as much on the table as soon as they can. The result, when documented, is a concentrated capsule of human drama.” – Vulture

“In an announcement made on Tuesday, the French culture minister Franck Riester said the project was ‘conceived and wanted’ by Georges Wolinski — one of five caricaturists killed in the 2015 attacks, in which 12 people lost their lives. Its aim is to create ‘a place for meetings’ to enable the creation and promotion of satirical cartoons and support their creators, the statement says.” – The Art Newspaper

The challenge of a world without work isn’t just economic but political and psychological. To paraphrase the children’s author Richard Scarry: what will people do all day? You can only contemplate the world with admiration and delight for so long. – The Guardian

Plaintiffs in copycat cases are largely targeting megahit songs because they’ve seen where the money is, and the increasing frequency of those court battles in headlines is causing an avalanche effect of further infringement lawsuits. – Rolling Stone

Rev. Dr. David Antwi, Head Pastor and founder of UK-based church Kharis Ministries, made the controversial statement during a service. “You are a thief if you play church instruments and collect money. You are a thief,” he says. Rev. Antwi argues that the instrumentalists should perform for the work of God and not for financial gain. – ClassicFM

These studies miss a bigger point by implying that reading fiction is, at its best, a tidy cause-and-effect process. Enter intellectually weak and benighted, exit emotionally toned and trim, as if a novel were the psychological equivalent of kettlebells or a Peloton bike. Fiction’s strength, though, is that it delivers not order and clear direction, but mess and evocations of our unsteady state of being. – Washington Post

There were 532 scripted drama and comedy series in 2019 on broadcast, cable and streaming platforms, a 7 percent increase over 2018, John Landgraf told a TV critics meeting Thursday. When FX started its tracking in 2009 there were about 200 shows, with streaming services responsible for the lion’s share of the subsequent growth. – Washington Post

“[Lyndsey Winship] talked to dancers and choreographers [Shobana Jeyasingh, Céline Gittens, and Final Bow for Yellowface co-founders Phil Chan and Georgina Pazcoguin] about ballet’s slow pace of change, which problematic ballets should be thrown out and which ones could be creatively reimagined.” – The Guardian

“The museum’s educators provide lessons in art and art history as well as English language arts, social studies and even science and math. … The list of past subject areas includes surrealism, the Harlem Renaissance, the art of persuasion, the Civil War and Italian mathematician Fibonacci.” – The Washington Post

What are people looking to do? The most popular searches, by one analysis, range from the achingly prosaic to the exceedingly specific—from “how to kiss” to “how to make a rainbow-loom starburst bracelet.” You can learn how to boil water, field strip an AR-15 rifle, or fly a 747. But stories abound of people—usually kids—achieving impressive proficiency in everything from opera singing to dubstep dancing by simply copying what they have seen in YouTube videos. YouTube pedagogy has swept through—and virtually helped create—fields like competitive cubing (Rubik’s), where solve times have plummeted, aided largely by the transmission of techniques via YouTube. – Nautilus

For his album Long Waves, the Italian trumpeter and flugelhornist assembles a group of contemporaries to play his compositions and a couple of cherished standard songs. Ambrosetti’s fluid improvisations, sometimes with a Miles Davis bent, are consistently impressive. – Doug Ramsey

“[He] created the satirical spy sitcom Get Smart with Mel Brooks, was a frequent early host of Saturday Night Live and turned plastics into a countercultural catchword with his Oscar-nominated screenplay for The Graduate … A restless entertainer, Mr. Henry dabbled in improvisational comedy as well as theater, television and film. He received an Academy Award nomination for co-directing the 1978 afterlife comedy Heaven Can Wait with star Warren Beatty; wrote scripts for the sex farce Candy (1968), based on the novel by Terry Southern, and the Barbra Streisand screwball comedies The Owl and the Pussycat (1970) and What’s Up, Doc? (1972); and appeared as a droll supporting actor in nearly every film he helped create.” – The Washington Post 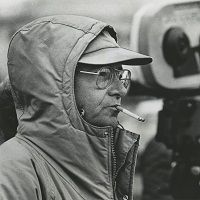