There was a time when writers – of books, of magazine articles – could make a decent middle class living. That’s increasingly rare. And yet, if anything, we’re reading more. So what has happened? – The New York Times

“The dancing style is known as ‘nautch,’ and is a sophisticated art form that arose out of the Muslim Mughal empire and peaked in the mid-19th century.” After partition, many of India’s nautch dancers settled in Lahore, where the form had a new heyday. Now the Pakistani authorities have cracked down, closing venues and schools, and most of the best dancers have gone abroad. — The New York Times

That’s the project of Toronto theatre company Volcano, which hopes to tour its adaptation — with “an entirely new story” — of Joplin’s 1911 opera to California, D.C., Canada, and Britain next year. Says Volcano’s artistic director, “As far as I can find, the libretto has never been touched. We’re just giving Joplin the help he was denied.” — The Washington Post

This quixotic task was performed by longtime music critic Bill Wyman. It’s an admittedly deeply subjective ranking. Wyman heaps the most scorn for Paul McCartney’s “Good Day Sunshine” which ends up at the bottom. He calls it bland and contends that it ruins “Revolver” the album it was on. – New York Magazine

Of all college majors since the financial crash of 2008, data from the National Center for Education Statistics show that none has fallen faster than history, which has experienced the steepest declines by far in student majors. – The Daily Beast

“I bought it in 2015 for £5,250. I probably spent the same again cleaning and reframing it.  And as I stood back to admire my handiwork, up jumped our cat, landing forcefully in the centre of the painting with a crunch. Disaster.” – The Telegraph (UK)

“Mongolians are not just taking elements from Western music and just copying and pasting. So it’s not rock music performed by Mongolians. It’s Mongolian rock music.” And YouTube has found it an audience. – NPR

Heck yeah, books and beer. Or really, books and a brewpub. How is this not in every city in the U.S. already? – The New York Times

A century ago, Lois Weber ruled Hollywood, directing 138 films and being counted as one of the three finest minds in the industry, alongside DeMille and Griffith. Her biographer: “She was a very vocal advocate for cinema’s ability to portray complex social issues in a popular narrative form. … She considered cinema what she called ‘a voiceless language.’ And by that I think she meant cinema had an ability to convey ideas to anybody, regardless of their educational level, regardless of their command of English, right, at a period when there were many immigrants to the U.S. who did not speak English as a first language.” – NPR

Why is anyone, much less seemingly everyone, watching Netflix’s deeply mediocre (if even that) Bird Box? Some critics try to explain. For one thing: “It’s like a taunt: The negative reviews pour in, so the streaming site ― which otherwise doesn’t publicize viewership data ― deflects with a not-so-humble brag that can’t be fact-checked. How convenient.” – HuffPost

The talk-show host, who is “the most influential openly gay person alive, gave Hart a massive platform and let the homophobic tweets that led to him stepping down from the gig go unquestioned.” But hey, we’re all buddies here, right? Er. “At the exact moment when popular culture is finally reckoning with its bigoted history, the country’s most famous daytime host, whose own career was almost destroyed by homophobia, is prioritizing an agenda that does not serve the viewers who look to her for wisdom.”  – HuffPost

The Academy had discontinued music shortlists after 1979 – but then it brought them back last year, claiming indies and small films from the first half of the year would have a better chance in the song and score categories. Oh really? – Variety

Wow, who knew? The news really is that things have gotten worse for authors, and there’s no surprise about the culprit: “The decline in earnings is also largely because of Amazon’s lion’s share of the self-publishing, e-book and resale market.” – The New York Times 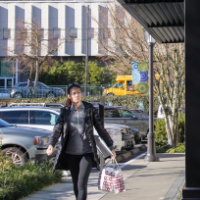