“The Duolingo course [in Scots Gaelic], which was launched just before St. Andrew’s Day on 30 November and looks likely to be the company’s fastest-growing course ever, has garnered more than 127,000 sign-ups – 80% from Scotland itself – compared with just over 58,000 people who reported themselves as Gaelic speakers in the 2011 Scottish census.” And a similar revival is starting in the study of the country’s other indigenous language, Scots. – The Guardian

And really, did it ever? The problem (in the U.S., at least): “Though exhibitions might have a progressive point of view and artists themselves might be making radical statements, as institutions, museums often possess retrograde politics, beholden to traditional forms of influence and power.” Oof. Can they change? – Jezebel

Celebrities didn’t vanquish the paparazzi so much as figure out how to undercut them — and the publications they fueled. In the end, the solution was so straightforward. Celebrities simply became their own paparazzi, posting all manner of details and footage of their daily lives on social media, and effectively put real paparazzi out of business. – Buzzfeed News

In 2001, the newly-unified Arts Council England (ACE), with plentiful government and lottery arts funding, made the expansive claim of making artists central to arts policy. The individuals strand of the ‘brave and radical’ Grants for the Arts (GftA) programme promised artists ‘the chance to dream without having to produce’. It initially went a long way to doing that, as 40% of the value of grants went to 3,279 artists, who had a success rate of 52%. More than half were newcomers to Arts Council funding. From 2003-2008 almost 6,000 artists shared some £39m, with almost a quarter of grants for R&D. But austerity and scarceness of arts funding changed all that. – Arts Professional

It’s rare that a book hitting the list is a total surprise, but there are nail-biters and books that hit higher than we expected and that’s a beautiful thing … but not as beautiful as making that call to an author who has worked so hard to make her book a reality and telling her that she is an official NYT best seller. – The New York Times

The discovery, first announced by the country’s state-run news agency, came during a decade-long excavation of the first of four pits at the mausoleum, a 4,300-square-foot area where some 6,000 warriors were previously found. Archaeologists uncovered roughly 200 new warriors, 12 clay horses, and two chariots, as well as a number of bronze weapons, over the past 10 years. – Artnet

The poet fell in love with Emily Hale in 1912, while he was a graduate student at Harvard. She did not reciprocate at the time, though they corresponded until 1956, when she announced that she would be donating his letters to her to Princeton, to be opened 50 years after both were dead (i.e., Jan. 2, 2020). Eliot was more than a little irked at Hale’s decision (he had her letters to him destroyed), but, since he couldn’t stop her, he left a statement of his own that “is also revelatory in its own way.” – Slate

By the time the software was euthanized earlier this year, it had become an embarrassment, a mess of greasy preference panes and grayed-out, unreliable content. We were glad to see it go. – The Atlantic

“Examining the 1,300 top films from 2007 through to 2019, the Annenberg researchers found that on average just 4.8 percent of directors were women, yet that spiked to 10.6 percent in 2019 … [and] 15 percent of the directors of all films released by major companies last year were women, another record. … [But] the latest Celluloid Ceiling report … found that women in key behind-the-scenes jobs were outnumbered four to one by men. That figure remained unchanged from 2018.” – The New York Times

“Seventeen stalls will be moved from sites including the Trevi fountain, Spanish Steps, the Pantheon and Piazza Navona. However, eight of the 17 will still be able to trade on streets away from the monuments, Rome’s authorities said in a notice. [Mayor Virginia] Raggi, who has long pledged to banish the stalls, said the move was intended to protect Rome’s heritage while ensuring safety at its most-visited sites. She said last year that the stalls were sullying the city’s image.” – The Guardian

For Indigenous Peoples who have lived within their traditional territories for generations, music is a repository of ecological knowledge, with songs embedding ancestors’ knowledge, teachings and wisdom. – The Conversation

For all of the people running them, a choir is often not just a choir, but also a social club, a community and a charity. For me, it has become a refuge; I can’t check my phone when I am hollering and humming, and holding a note distracts me from the usual clutter of my mind. – The Guardian 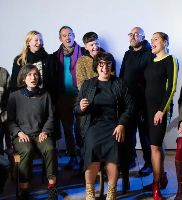