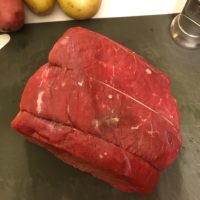 It glistened while it spattered. A dangerous smell had already filled the second-floor apartment. What in the world was I to do? The Weinsteins had moved from an elm-lined, tulip-strewn street in Midwood, Brooklyn -- two-family houses built in the 1920s -- to a "development" in Howard Beach, Queens, the year before I would have graduated from eighth grade in Public School 238. I was confused about being uprooted, which sounds like a common U.S. story, of army brats and kids of World War II parents looking for postwar jobs. I'm not claiming I … END_OF_DOCUMENT_TOKEN_TO_BE_REPLACED

The media make a potentially fatal mistake by dividing arts coverage into high and low, old and young, and by trivializing our passionate attraction to things. In Out There I propose that all creative expression has the potential to be both … END_OF_DOCUMENT_TOKEN_TO_BE_REPLACED