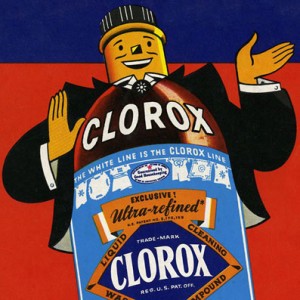 No good will be served if I demonize my mother and claim that she was responsible for who I am, dirtwise. But almost everything I know about cleaning clothes and floors and toilets I learned from her. Since I was 6, I measured laundry powder, ironed shirts, polished mirrors and even memorized cleaning-supply jingles on TV because they were sung in a code that it was up to me to break. Mom told her friends that she was training me because she thought boys should be self-reliant, but it was actually because she wanted help in the house, and company.

She and my dad lived together before they married, which was a big deal and frowned upon, but once he acquiesced and — what’s the term? — made it legal, they employed a housekeeper, a “maid” named Mamie, who did the regular cleaning and gathered the loose ends my infant brother and I tossed everywhere.

You know what’s coming: one morning, wonderful Mamie was gone. I had liked her a lot because she sang in a rich, beautiful voice and opened my world just a bit to the outside.

“She wasn’t honest,” either Dad or Mom said.

“Did she steal things?”

They shrugged. A short while later my mother led me to the liquor cabinet, just a shelf in a credenza, and pulled out a half-empty bottle.

“The amount kept dropping,” she whispered. “That’s why.”

No one replaced Mamie, and Mom began to wash the bathroom fixtures and floor once or twice daily with a potent mixture of Spic and Span and Clorox. Spic and Span powder leaves a chalky residue if you don’t rinse it thoroughly, and residue was unacceptable, so her work seemed endless. Also, Dad had told his boys never to use the word spic, it wasn’t respectful, so of course we chanted “Spic and Span” over and over, tempting his belt.

From the moment they arrived, Ellis Island immigrants like my parents were exhorted to humanize themselves by keeping their bodies and private surroundings ardently free of dirt, and in this punishing atmosphere Clorox thrived. Though the product was long advertised by “Butch,” a male-figured glass bottle, it’s also true that more than a few New World housewives, way before Robert Graves, referred to Clorox as “the white goddess,” an early gender confusion. They were dead serious, no doubt.

One afternoon after school, I saw my mother lying on the wet but clean bathroom floor, next to her brush and pail, crying. I can’t be certain, and have no one now to ask, but it’s likely that she and not Mamie was the reason the level in the bottle had been going down.

The media make a potentially fatal mistake by dividing arts coverage into high and low, old and young, and by trivializing our passionate attraction to things. In Out There I propose that all creative expression has the potential to be both … END_OF_DOCUMENT_TOKEN_TO_BE_REPLACED