Last week the former prima ballerina of the Bolshoi, ABT, and the Houston Ballet told the Georgian-language service of Radio Free Europe/Radio Liberty that she had accepted the directorship of the ballet company at the Novosibirsk Opera and Ballet Theater in Russia’s third-largest city. However, she wasn’t even scheduled to meet the dancers until late January, and telling the press about the job before telling her new colleagues did not go down well. Her contract has been terminated. – Georgia Today 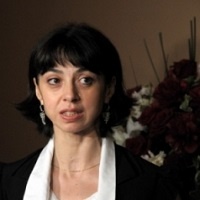