Showrunner David E. Kelley had a plan, but he didn’t share it with British filmmaker Andrea Arnold before shooting began … or finished. “There was a dramatic shift in late 2018 as the show was yanked away from Arnold, and creative control was handed over to executive producer and Season 1 director Jean-Marc Vallée. The goal was to unify the visual style of Season 1 and 2. In other words, after all the episodes had been shot, take Arnold’s work and make it look and feel like the familiar style Vallée brought to the hit first season.” – IndieWire 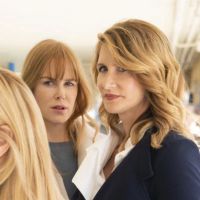