When Palm Beach Opera promoted him to general director in February 2009, the company was struggling. It was posting unsupportable deficits and the chief administrator job was a revolving door. Under Biaggi’s leadership, the company stabilized and grew. It slashed the budget, reducing the number of operas it produced at the Kravis Center from four to three and eliminating Monday matinees, and re-directed resources to programming designed to broaden its audience. – Palm Beach Post 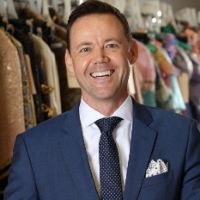