Warhol didn’t make a mark on American culture. He became the instrument with which American culture designated itself. He was sincere. He could get away with practically anything because practically nobody believed in his sincerity: people haplessly projected cynicism onto his forthright will to surprise and beguile. The secret to his majesty is that he was a square citizen, untroubled by ambivalence and having no use for irony. 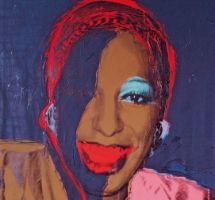