“None of this should have happened, but it did,” writes Andrew O’Hehir, Salon‘s executive editor and sometime film critic. “I suspect what befell Edelstein this week is only partly about one stupid Facebook post, and has more to do with the messy process of generational change and the inevitable Schadenfreude surrounding someone who holds two prestigious media jobs, either of which many other people would kill and eat their grandmothers to get.” 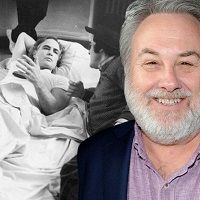