After its Academy Award wins, “Shakespeare” became Exhibit A when people claimed that a studio can buy an Oscar. Miramax certainly waged a hefty campaign for the movie, but it’s likely the “buy an award” theory was invented by rival studios who lost out that year and assumed it was a matter of spending rather than taste; their claims received widespread coverage on the then-expanding internet. But if the theory were true, why did “Shakespeare” win only seven of its 13 nominations? Why not a clean sweep? 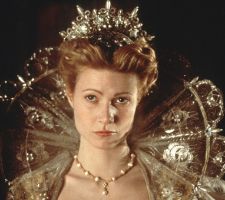