Lucia Borgonzoni, undersecretary at the Ministry of Cultural Heritage, is balking at the previous government’s agreement to loan a large group of Leonardo da Vinci works for the artist’s quincentenary next year. “How could any Italians be in favour of giving over these da Vinci works without asking for something equally important to display in this anniversary year? Leonardo was Italian, after all. Why don’t they loan us the Mona Lisa?” 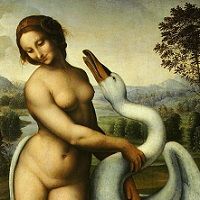