With a 597-foot bronze of independence leader Sardar Patel completed in Gujarat, work is underway on a 696-foot sculpture of the 17th-century Maratha conqueror Shivaji just off the beach in Mumbai. And plans have just been announced for a 725-foot statue of the Hindu god Rama in the city of Ayodhya, considered to be Rama’s earthly birthplace, in Uttar Pradesh state. And yes, Hindu nationalism is tied up with all three projects. 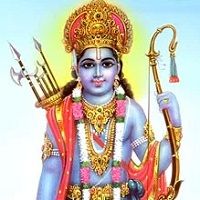