“‘Night of 100 Solos: A Centennial Event’ will take place on what would have been Cunningham’s 100th birthday, 16 April 2019. The three productions, each lasting 75 minutes, will be live-streamed, which means audiences around the world can see the Barbican performance [in London], followed by one a few hours later at Brooklyn Academy of Music in New York, and finally one at UCLA’s Centre for the Art of Performance in Los Angeles.” 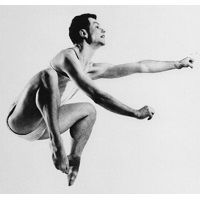