“As entire city blocks were razed in urban renewal projects, interstate highways were paved across the countryside and architectural marvels such as New York’s Penn Station were demolished to make way for bigger, newer structures, Dr. Murtagh helped lead a growing resistance effort that culminated in the passage of the National Historic Preservation Act of 1966. In its aftermath, he was appointed the first ‘keeper’ of the National Register of Historic Places — a job that made him the curator of America’s now-sprawling catalogue of significant districts, objects, buildings, sites and structures.” 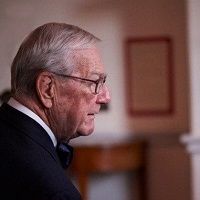