At the point in his career — in his 50s, maybe, or early 60s — at which anyone might reasonably expect his voice to have run its course, Domingo politely but firmly declined to step down. And with that, the curtain gradually went up on one of the most astonishing second acts the opera world has ever known. 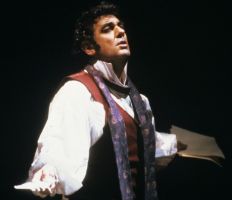