“@lenadunham constantly talks about representation as crucial to enrich storytelling. Yet, in practice, she has shown a disregard for actually elevating those voices. Now, she’s been signed on to write a Syrian refugee’s story? Hollywood, was no female Arab writer available?” That was one typical response to the news that Spielberg and director J.J. Abrams had hired Dunham to pen the script for their film version of A Hope More Powerful Than the Sea: One Refugee’s Incredible Story of Love, Loss, and Survival. 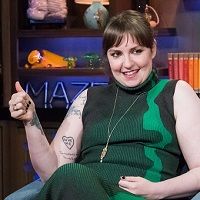