The play, a choreopoem whos full name was For Colored Girls Who Have Considered Suicide/When the Rainbow Was Enuf, has been an identity-affirming find for young women for decades. “‘Zake was a woman of extravagance and flourish, and she left quickly without suffering,’ said Ifa Bayeza, her sister who also is a playwright and theater artist. ‘It’s a huge loss for the world. I don’t think there’s a day on the planet when there’s not a young woman who discovers herself through the words of my sister.'” 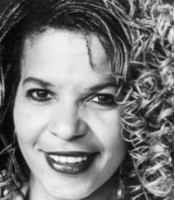