On 22 July 2011, the far-right terrorist Anders Behring Breivik used a car bomb to kill eight people and injure 209 in downtown Oslo, then took a ferry to a youth camp on Utøya island, where he shot 102 people, 69 of whom died. Paul Greengrass’s 22 July is a docudrama depicting the attacks and Breivik’s trial; Erik Poppe, who wanted to keep Breivik off the screen entirely, made his Utøya – July 22 as “one long, seemingly unbroken take that follows one young girl on Utøya experiencing the attack in 90 minutes of real time.” 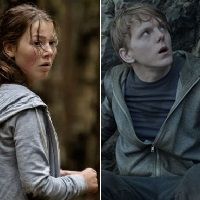