It’s too late to fix the early seasons of Game of Thrones, but after actor Emily Meade asked HBO to hire someone to advocate for actors during sex scenes on The Deuce, HBO did it – and “Rodis’ hiring has made such an impact that showrunner David Simon told Rolling Stone in September that he would never work without an intimacy coordinator again. Following suit, HBO has now adopted a policy whereby all of its shows and movies with intimate scenes will be staffed with an intimacy coordinator.” 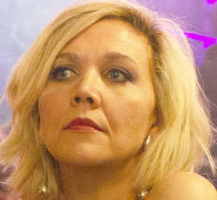