“I realized during the first ballet I did, the first original work I did [for the Louisville Ballet] was in the fall of 2016, that it was pretty much about my unsuccessfulness in relationships.” Robert Curran was in a seven-year relationship with Hallberg. He reflected on the relationship with the benefit of time, distance and a renewed self-awareness. “When I opened my eyes to what was going on, we might have been together for seven years, but we weren’t together for seven years,” said Curran. 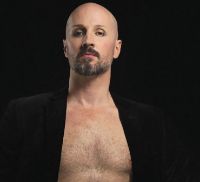