“Alas, it’s hard for me to see how the Met can realistically hope to reinvent itself other than by razing its superannuated theater and starting from scratch. Nor am I sanguine about the long-term prospects for, say, the Lyric Opera of Chicago, whose home is the 3,563-seat Civic Opera House and which was just shut down by an orchestra strike, or the San Francisco Opera, which performs in the 3,126-seat War Memorial Opera House. (The Vienna State Opera House, by way of comparison, has 2,220 seats.)” 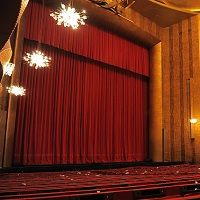