When the NBC series about a widowed nurse and her son debuted in 1968, it was an immediate hit, and the first show to take an ordinary African-American family (and one whose breadwinner didn’t work as a servant) as its main subject. But for its entire three years on the air, both Julia and its star were attacked for showing a sanitized, middle-class version of black American life at a time when a third of African-American families were below the poverty line. 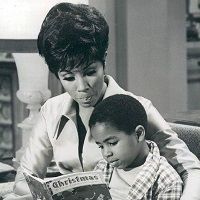