Steven Eastwood shot his feature film Island in a hospice on England’s Isle of Wight, where four patients allowed him to capture their final days and (actual) final breaths. “What’s interesting is there isn’t an image. You can’t see the dying. I think that’s fascinating, because to talk about how the film shows you the moment of death, I don’t know when that moment is. I’ve watched it over and over.” 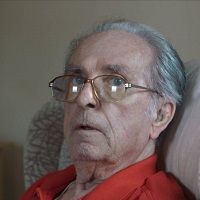