A troupe from Berlin’s Schaubühne was giving the first performance of a three-night run at The Egg in Beijing when one scene moved some audience members to shout out critical remarks about the Chinese government. Censors told the performers to remove that scene or have the tour cancelled, and they did; even so, the theater at the tour’s next destination, Nanjing, has suddenly experienced “technical difficulties.” 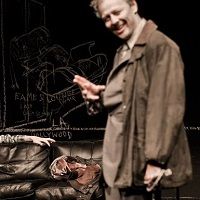