The thing about Little Women was that it wasn’t telling girls and women to be “girly,” or that being independent – and fierce – was a bad thing. The book “was that unusual thing, a classic that is also an instant hit. It was wildly popular from the moment it was published, in two parts, starting in 1868. … The book was also revolutionary, in its way.” 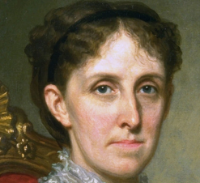