The La Jolla Music Society, which presents touring classical and dance artists in metro San Diego, announced in late July that Florida Grand Opera executive director Susan T. Danis would become the Society’s CEO and lead its move into a new venue. Seven weeks later, following a “defamatory letter” about Danis that was sent to the La Jolla board, and later retracted, by a former FGO staffer, the vindicated Danis decided nevertheless to give up the job in La Jolla and remain at FGO. George Varga explains (as far as possible). 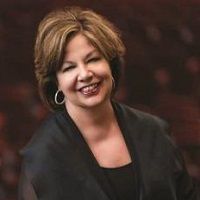