Asura, a big-screen historical fantasy that cost $113 million, did such lousy box office that it was pulled from theaters after three days; meanwhile, Dying to Survive, a dark comedy about smuggling low-priced medicines into the country because they’re so expensive inside the People’s Republic, “is on track to become one of China’s highest-grossing productions of all time.” 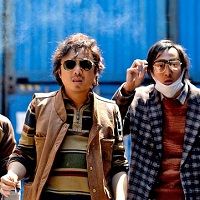