“The Walker Art Center in Minneapolis … has created an Indigenous Public Art Selection Committee, which will be charged with commissioning a Native artist to do a public artwork for the museum’s sculpture garden. … The museum’s release said the committee was formed in response to the controversy surrounding Sam Durant’s Scaffold (2012),” which was installed there last summer and them removed following protests by Dakota people. 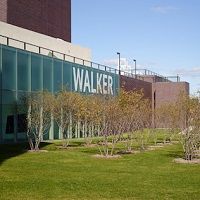