Producer Richard Jordan, citing Bartlett Sher’s current Lincoln Center Theater production of My Fair Lady: “While critics enthused over Sher’s new ending, referencing it back to the issues of today, watching it play before a regular audience you felt a sense that the musical no longer gave them a pay-off. Instead, it felt as though they had been waiting more than three hours for the ‘I love you’ moment only to then be denied it – it’s not how Lerner intended this scene to play and it was surprising his estate allowed it. We should be concerned about a growing attitude that classics can be ‘fixed’ to match today’s agenda – one risks changing the very essence of the work itself.” 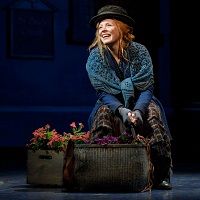