Sebastian Smee: “When Whitten died this year, little more than a year after being presented with the National Medal of Arts by President Barack Obama, almost no one knew about the half-century of sculpture he had under his belt. That’s partly because the sculptures were made, and remained, mostly in his home in a small village on the Greek island of Crete, where he had spent almost every summer since 1969.” 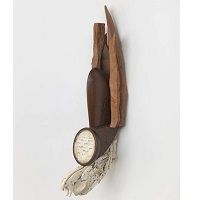