“It’s Tick, Tick … Boom!: a show that ran Off Broadway in 2001 and was written by Jonathan Larson, the playwright and composer behind Rent. The musical, loosely based on Larson’s life, opened five years after he died in 1996. Mr. Miranda took part in a 2014 production Off Broadway at New York City Center.” 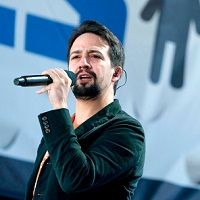