Strength in culture has helped the UK reclaim pole position in the annual index of global soft power, moving ahead of France. It is the first time since 2015 that the UK has led the world. The UK was ranked second in the culture category, remaining behind the US but ahead of France and Germany for the fourth year running. The BBC World Service, described as “the world’s most trusted news provider”, and the British Council were highlighted as key cultural assets that help the country spread its influence. 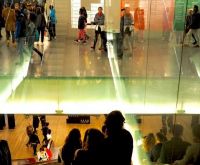