“Last year, the Metropolitan Museum of Art was in crisis. On June 28, it announced that more people visited the museum, across its three campuses … than ever before. So whether the Met is ‘a great institution in decline,’ as one former curator described it, or whether its problems are merely temporary is debatable.” Sebastian Smee talks to president and COO Daniel Weiss about the state of the Met. 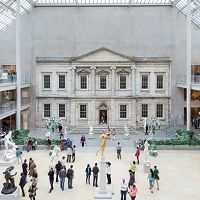