Since 2009, Legacy funding has provided more than $440 million to historical, artistic and cultural projects and events, with about $200 million going specifically to artists and arts organizations across the state. In 2009, before that funding began, Minnesota ranked ninth in the nation for per capita public funding for the arts. Today, it ranks first. The state spends about $6 per person on the arts, according to the National Assembly of State Arts Agencies, pulling well ahead of states such as Hawaii and New York. 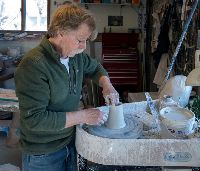