“New data released Tuesday suggest that in a single year, the US arts and culture sector contributed a whopping $763.6 billion to the nation’s economy – more than the entire GDP of Switzerland. That translates into 4.2% of the US economy, suggesting that the arts and culture sector is worth almost as much as the food and agriculture industry (valued at around a trillion dollars a year).” 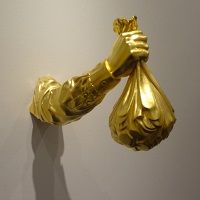