“Laurence des Cars is an anomaly in the male-dominated world of French museums. Since March 2017, she has been running the Musée d’Orsay in Paris, with its envied collection of French 19th-century masterpieces, and the Musée de l’Orangerie across the river, for which Claude Monet produced a celebrated series of water lilies. Ms. des Cars was a strong contender for the job. To begin with, she was already partly doing it.” 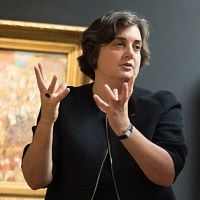